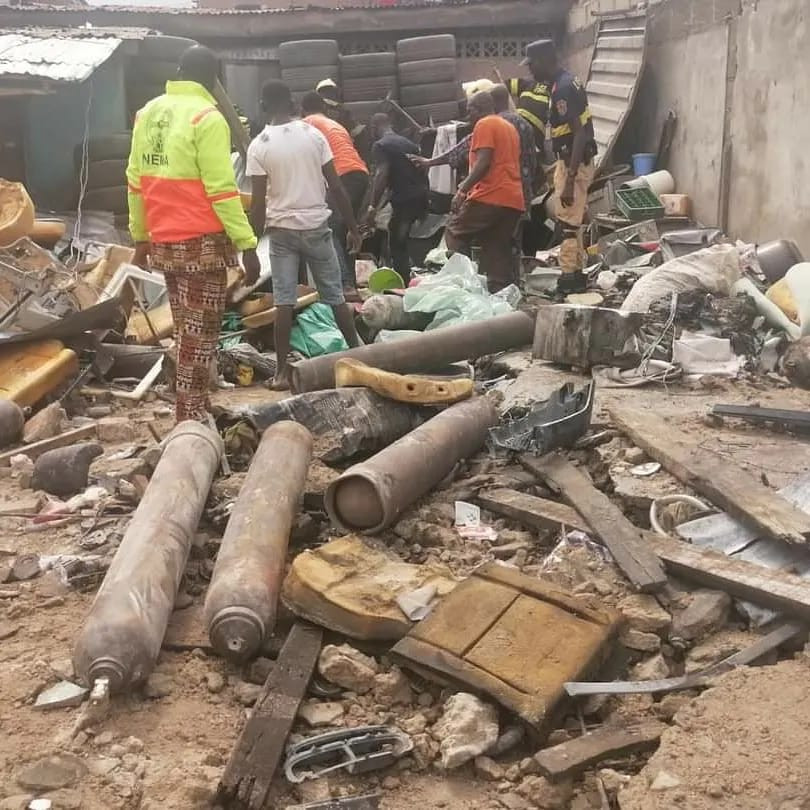 The Senate on Wednesday observed a minute silence for the victims of the gas explosion which occurred at Ladipo area of Mushin local government in Lagos State.

The decision to mourn the victims followed a point of order raised by Senator Solomon Olamilekan Adeola (APC, Lagos West).

Relying on Order 43 – Personal Explanation – Adeola in a motion, explained the urgent need to investigate the gas explosion which resulted in loss of lives and properties.

He recalled that in the early hours of Tuesday, November 16th, 2021 around 8.30am, a gas explosion occurred at a domestic Liquified Petroleum Gas (LPG) sale point at 21, Ojekunle Street in the Ladipo Spare Parts Market area in Mushin, Lagos State.

According to him, “the explosion caused no fewer than 5 deaths comprising of three adult male, a woman and a 10-year-old boy who died in the hospital before medical attention could be rendered while 10 people were rescued and treated on the spot for injuries according to emergency agencies that promptly responded to the inferno.

“Informed that the explosion, suspected to have been caused by fire close by gas cylinders at the sale point leading to deaths and destruction of properties including six (6) lock up shops, ten (10) houses, vehicles and motorcycles in the vicinity of the blast at the sale LPG sale point;

“Worried that Nigerians resident in all the densely populated areas where these explosions occurred now live in fear of not only losing properties and investment but their lives or those of loved ones from these frequent explosive fire disasters.”

The lawmaker commended officers and men of NEMA, LASEMA and Lagos State Fire Service for their prompt roles in putting out the inferno resulting from the explosion and mitigating its spread as well as rescuing victims of the explosion.

He also called on the Senate Committee on Petroleum Downstream and Gas to investigate the remote and immediate causes of the explosion.

The bills were sponsored by the Senate Leader, Yahaya Abubakar Abdullahi.