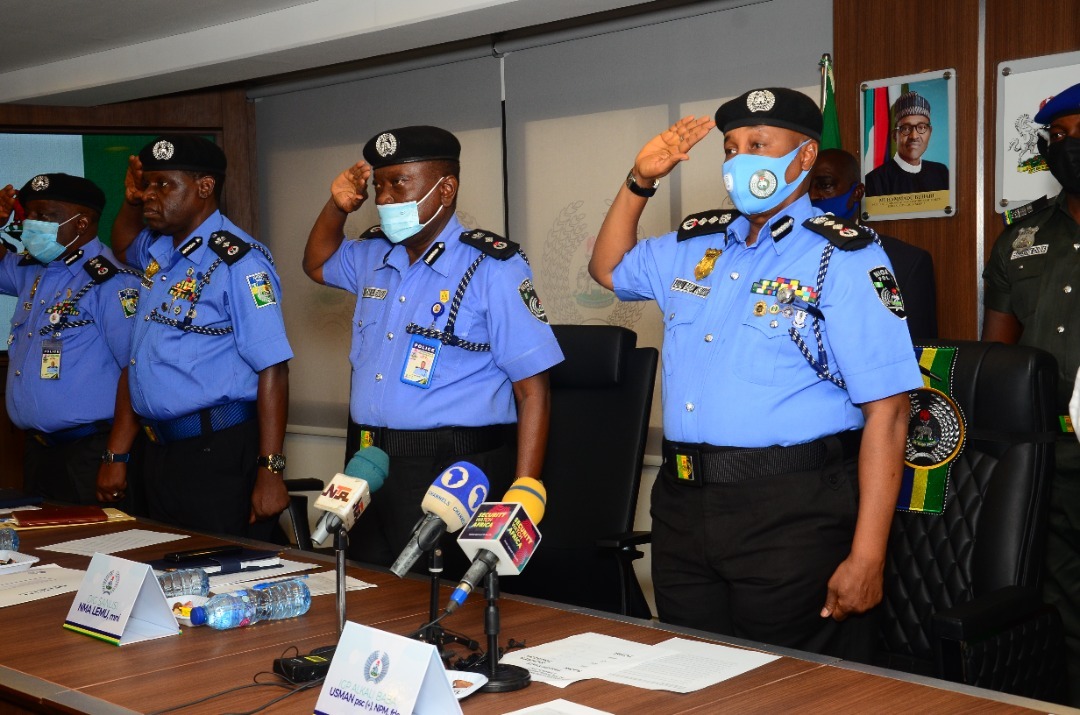 SECURITY: We Are Not Yet There, IGP Baba Urges Strategic Police Managers To Step Up Efforts. 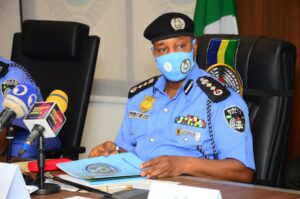 The Nigeria Inspector General of Police IGP Usman Baba on Thursday urged officers and men of the Force to up their game in strategic policing around the country noting that the Police Force is not yet close to achieving its national security goal of restoring an internal security order around the country.

Speaking at the meeting with Strategic Police Managers at the Force Headquarters Abuja, IGP Usman Baba said ” much as significant progress is being recorded, we must admit that we are not yet close to achieving our national security goal of restoring an internal security order that is enduring enough to fully reassure the citizens and restore optimal confidence in the Force.”

The number one Police Officer who spoke on some of the concerns of the force charged Command commissioners and other senior police officers to be committed to credible policing.

” Indeed, there are still areas of grave concern as well as developments that will undoubtedly task our strategic leadership capacity as the Year unfolds. One of such concerns is the conduct and attitude of our men especially police officers on the field. I have continually been inundated by complaints of excesses in the conduct of our men on patrol or Stop and Search duties and I have personally had the cause to drive round in the course of which, I witnessed some of these illegalities particularly in relation to road blocks.” 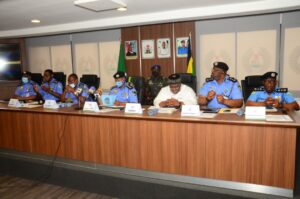 ” I want to reemphasize that while Stop and Search strategy could occasionally be an invaluable anti-crime tactic, such should not be done without requisite approval and must not be a permanent strategy. It must equally be conducted with extant police protocols which emphasizes civility to members of the public and must be laced with highest level of professional decorum. Such must not also be turned into an avenue for extortion.”

Speaking on the recent successes recorded by officers and men of the force in Sokoto state, the Police Boss said a lot of arms and ammunition were recovered.

” I am to note that this trend has been informed not only by your individual and collective sacrifices, professionalism and enhanced operational efficiency, but also reflective of the efficacy of our current strategies. It is indeed in furtherance to this that we launched ‘Operation Sahara Storm’ in Sokoto State with the sole aim of rooting out identified bandits’ camps at Gudugudu, Tarke Forest, Luguhuru through Hurra and Markira, Goronyo, Wurno and Heli in Rabbah Local Government and Zangon-Isu forest in Goronyo LGA of the State.” 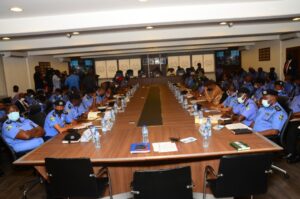 ” It is with a deep sense of professional fulfillment that I wish to note that the Operation has recorded massive successes in achieving its set goals. As a result, aside from the destruction of all the camps and other assets of the bandits in the above-mentioned criminal enclaves, a total of thirty-eight (38) suspected bandits/terror elements were arrested.

” On a general note, between January 2022 till date, collated crimes statistics revealed that thirty-six (36) terror elements, seventy-eight (78) murder suspects, one hundred and ten (110) armed robbery suspects, fifty (50) kidnapers and one hundred and fifty (150) cultists were arrested during various police operations across the country.

” Aside these, two hundred and four (204) kidnapped victims were successfully rescued, while one hundred and fifty-five (155) firearms of various descriptions and one thousand, five hundred and sixty-one (1,561) live ammunition were also recovered.”

On the 2023 general elections in the countr, IGP Baba said so much is expected from the force especially during the political process.

” it is anticipated that the Force would be further challenged by the enhanced political activities that are associated with the upcoming 2023 general elections. The import of this is that, beyond our routine anti-crime activities, we have to be prepared not just to deal with politically related infractions that could ensue, but also with preparations ahead to guarantee the security and credibility of the elections.

” In due course, we shall be engaging in activities that will fully prepare us for the effective performance of our roles in the elections, part of which would be to liaise with the leadership of Independent Electoral Commission (INEC), Nigeria Bar Association (NBA), Civil Society Organizations and the Nigeria Police Legal Chamber towards dissecting the provisions of the Electoral Act as recently amended. This is with a view to ensuring that all our activities are situated within the dictates of the Electoral Act 2022.”