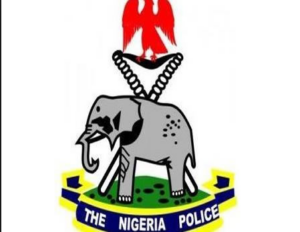 Rivers State Command of the Nigeria Police has denied the report of
arresting a journalist, Kench Okenyi, over a report on alleged age falsification of the state Commissioner of Police, Joseph Mukan.
The Command public Relations Officer, SP Nnamdi Omoni who made this known in a press statement sent to BEN TV said the public should disregard and discountenance the report as same is self-serving and is only intended to overreach the Command.

Punch Newspaper before now reported that Okenyi was arrested on Friday by a police team led by one CSP Chris Amanyi.

According to the platform, the journalist was released around midnight on Saturday, as he was also allegedly denied access to a lawyer and his relatives.

The State PRO,  while reacting to the report said the attention of the Rivers State Police Command has been drawn to the damning report credited to the Punch Newspaper of Tuesday, 17th November, 2020, where it was reported that Rivers Police arrested and detained a Journalist over a report on Commissioner of Police.
According to him, “Ordinarily, this phantom report should have been ignored for lacking in merit but in order not to allow the public form a dangerous impression therefrom, it has thus become expedient to react and state the true facts as follows:
I.  That on 13/11/2020 the duo of Mark Lenu and Kenechi Okenyi, Port Harcourt based online Journalists were invited by the Commissioner of Police over an unverified report credited to Kelechi Okenyi of portcitynews.
II. That at the behest of the Commissioner of Police, both of them were in the CP’s Office and after they were presented with relevant facts contrary to what he (Kenechi Okenyi) had published, they became sober and immediately pleaded for forgiveness and further suggested to standdown the story with a Refuttal  to that effect, following which the CP in his fatherly disposition, cautioned and allowed them to go the same day, unconditionally.
It is pertinent to state that Kenechi Okenyi whose act amounted to libel was never detained nor harassed in any manner whatsoever.
The Refuttal dated 13/11/2020 and credited to Kenechi Okenyi, the publisher of the libelous report, was voluntarily made by him and published by TPCN without any form of intimidation and/or molestation but on his own volition. This fact is verifiable and in tardem with the the Refuttal by his colleague, Mark Lenu published on 16/11/2020 in his News Eye Blog.
Consequently, the Command wishes to use this medium to state in the umpteenth that Mr. Kenechi Okenyi was never arrested, detained nor harassed in anyway contrary to the report of Punch and any other media house for that matter.
He noted that the Command has overtime maintained a healthy working relationship with the Media, being the watchdogs of the society and cannot but sustain the existing relationship in the overall interest of the public.