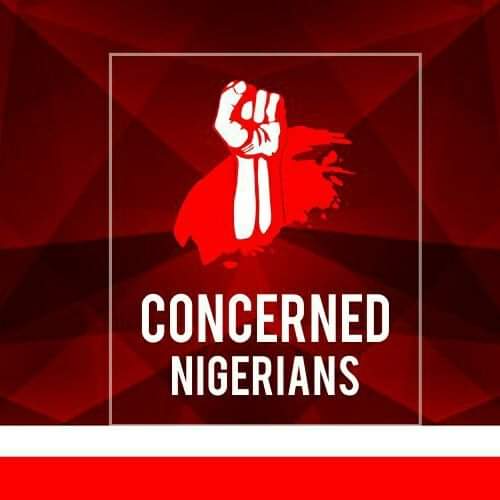 Read what Concerned Nigerians writes and request to Nigerian Police

A non governmental organisation under the banner of Concerned Nigerians has written a letter to the Nigeria Police regarding another arrest of a legal practitioner.  The letter was signed by one of the Conveners.

The Inspector General of Police

OPEN LETTER TO THE INSPECTOR GENERAL OF POLICE ON THE ILLEGAL ARREST OF BARR. MARSHAL ABUBAKAR, AND A CALL FOR HIS IMMEDIATE UNCONDITIONAL RELEASE.

Our attention has been drawn to the arrest and subsequent arraignment of Barr. Marshal Abubakar, a lawyer in the law firm of Femi Falana, SAN, and counsel to the Convener of the Revolution Now and Publisher of Sahara Reporters, Omoyele Sowore.

We have been informed by Mr. Omoyele Sowore that Barr. Abubakar was arrested by officers of the Nigerian Police office in a gestapo manner and subsequently arraigned in a nondescript Area Court, from where he was remanded, simply for performing his professional duties of defending Mr. Sowore in a charge allegedly orchestrated by Mr. Ned Nwoko.

We note with grave concern that this is not the first time that allegations have surfaced that officers of the Nigerian Police Force are being used by Mr. Ned Nwoko to oppress defenceless citizens. There are several documented petitions from members of Ned Nwoko’s immediate community, Udumeje-Ugboko, Delta State, accusing the police of being a willing tool in his quest to allegedly oppress the community.

Recently, the Instagram celebrity Jaruma, made a complaint against Mr. Ned Nwoko. We also note that in an eerily similar circumstances, Ms. Jaruma was arrested by officers of the Nigerian Police force, arraigned before an Area Court and remanded by the Court, for allegedly defaming Mr. Ned Nwoko.

We note that in all the cases where allegations have been made against the Nigeria Police Force and Mr. Ned Nwoko, the thrust of the issue borders on either defamation or some other civil disputes which has been given the colouration of criminality. We, therefore wonder, why is the Nigerian Police always available to charge innocent Nigerians to Area Court that clearly has no criminal jurisdiction?

We are not unmindful of the fact that the Spokesperson of the F.C.T police command has stated that Barr. Abubakar was arrested because he failed to produce Sowore. However, this allegation is at best laughable. It is common knowledge that following the orders of the Federal High Court, Mr. Sowore’s has been restricted to the Federal Capital Territory within the past one year. In fact, just two days ago, he made a public declaration of his intention to contest for the office of the President, Federal Republic of Nigeria. We, therefore, ask, how could this same man be said to have jumped bail? Did the police invite him formally and he failed to appear? Did the police take steps to arrest him before executing this shameful arrest of a lawyer performing his legitimate job? Even if Barr. Abubakar was arrested for allegedly standing as surety for Mr. Sowore (which is not conceded), the law has provided a procedure for the recovery of his bail bond. His illegal arrest and arraignment is definitely not the first step in that procedure.

The only conclusion we can reach from the foregoing is that the Nigerian Police is acting at the behest of an interested party in this case and not in furtherance of the rule of law. Barr. Abubakar’s arrest and subsequent arraignment is illegal and against his fundamental human rights. We condemn it in its entirety.

We are aware that since you assumed office, you have tried as much as possible to restore the Nigerian Police to a competent force. Despite the foregoing, we cannot deny the fact that some bag eggs are still in the force and have made themselves willing tools in the hands of persons who assume that they are above the law. We urge you to purge these bad eggs from the system and send a message to the rank and file that officers of the Nigerian Police force shall not be used to assuage the bloated egos of some overnight billionaires who have no regard for the rule of law.

We strongly urge you to direct the relevant officers to withdraw the charge against Barr. Abubakar and release him unconditionally. This unjust and illegal incarceration of innocent Nigerians by the Nigeria police, allegedly on the prompting of one man, has gone on for too long and must be stopped. In the same vein, we call on the Nigeria Barr Association to urgently stand up in defence its members.