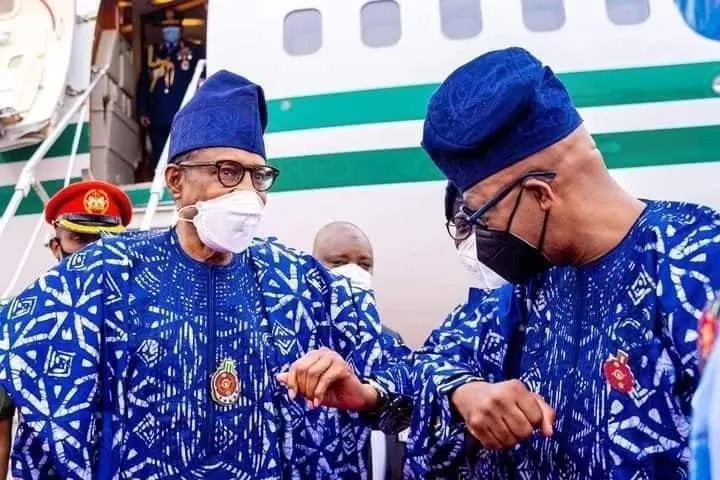 President Muhammadu Buhari has paid a visit to Ogun State to commission some landmark projects executed by Governor Dapo Abiodun led administration in the state .

At the interchange, President Buhari commissioned the Ogun city gate and the 42km Abeokuta/ Sagamu road.

Addressing a cross section of dignitaries which includes political leaders , traditional rulers, captains of industries and religious leaders. President Muhammadu Buhari who was overwhelmed by the catalogue of achievements of the Governor Dapo Abiodun led administration in the state declared that the present administration has transformed ogun state more than how he it was during his last visit to ogun state in 2019.

Other projects commissioned included two housing projects. 527 units of a low and medium Housing Scheme at Kobape and the high-brow, 83 duplexes at the Kings Court Estate at Oke Mosan in Abeokuta, the state capital..

More details of the Presidential visit to ogun state in our subsequent news .