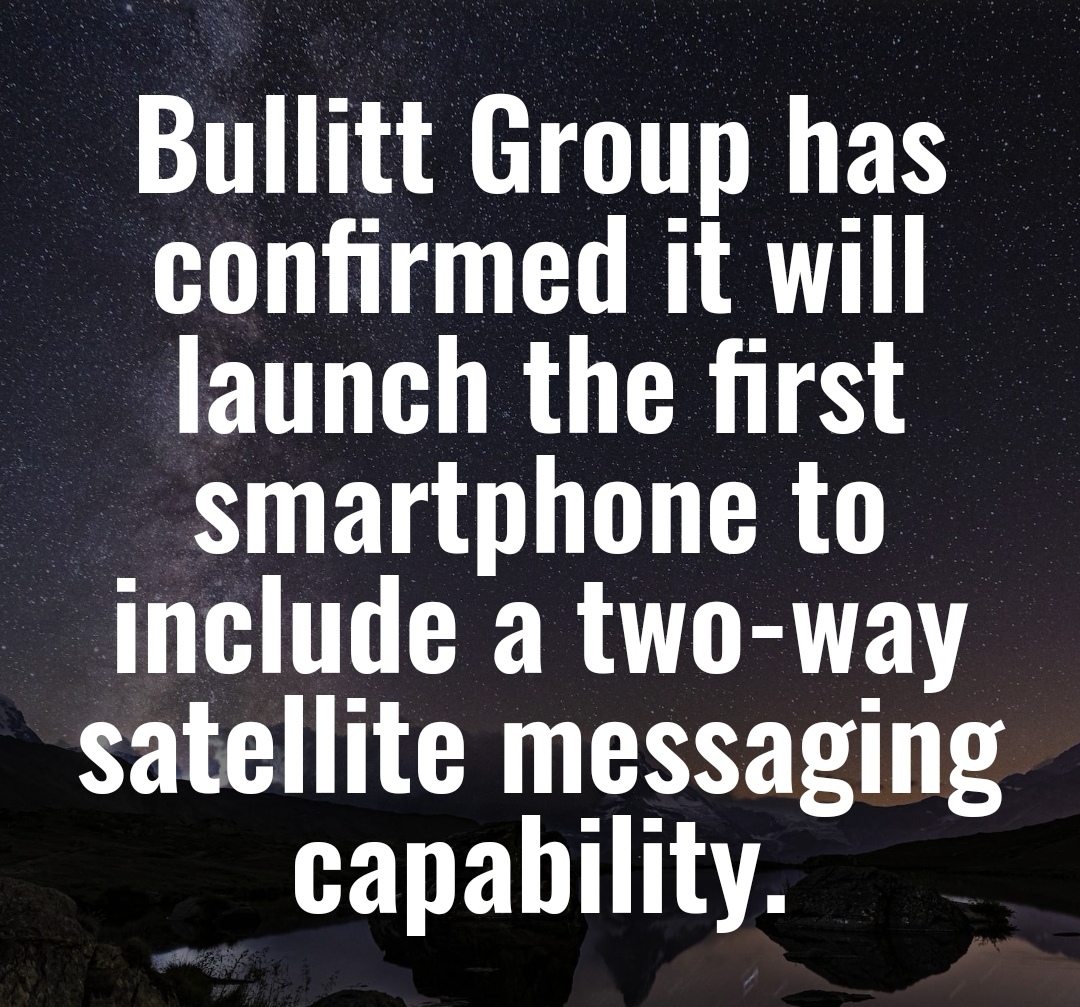 Bullitt Group has confirmed it will launch the first smartphone to include a two-way satellite messaging capability.

READING, UK, September 2022 – As the mobile space race hots up, Bullitt has confirmed that this has been on the drawing board for the last two years and that they have been working with one of the world’s leading chipset manufacturers as well as a satellite network infrastructure partner to create a messaging service for their devices that will switch seamlessly between Wi-Fi, cellular and satellite. This requires a combination of a customised chipset, a proprietary OTT application as well as a highly sophisticated core network requiring infrastructure to be installed in satellite ground stations around the world.

Bullitt’s rugged phones (sold under the Cat and Motorola brands) have always been designed to be used by people in challenging environments and remote locations. But where the phones themselves may not let people down sometimes a lack of cell coverage does. So, Bullitt decided to take the matter into their own hands and ensure their customer’s ability to communicate was as reliable as their devices.

Bullitt has confirmed that they will be operating the OTT satellite messaging service and it will be available to anyone using one of their new smartphones irrespective of who their mobile service provider is simply by signing up to a satellite service plan and using the proprietary messaging app. It is also possible for anyone with any phone to receive a message sent by satellite. People without one of the Bullitt smartphones would receive a message as a simple SMS but then need to download the Bullitt app to respond. The cost of the messages will be deducted from the satellite messaging subscriber’s plan with no cost to the recipient.

This handset when launched will be a major boost to the development of information and technology on the continent.