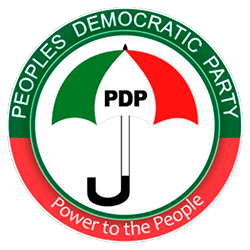 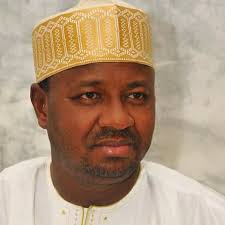 Dr. Umar Ardo a top PDP party member and a national advocate of good governance, internal democracy and management of prudent leadership had in the season of party’s activities brought to the attention of the party’s hierarchy the position of the solution towards a stronger PDP activities.

In an engagement and paper seen, shares the position of their believe for the successful outings for the party.

With the current flurry of hurried party activities being undertaken following the surreptitious removal of Prince Uche Secondus from office as National Chairman, it is now imperative that we in Adamawa State state our position on the matter and sundry party issues.

From our joining of the PDP at its inception, some of us have never once left the party even when those who the party gave everything were leaving and returning at will. We remain statefast helping the PDP gain acceptance of majority of our people not only in our immediate constituencies but throughout Adamawa state and the country. We also have personally chaired the party campaign of Jada Local Government Area to a resounding victory in the Adamawa State gubernatorial re-run election in April 2008, and continuously ensured PDP’s victory in our constituency without once failing. And whenever the state governments we helped put in power try to mortgage the party, we always rise up to the occasion to defend the rights of our people and to protect the fortunes of the party. We do this through public lectures, personal contacts, organizing rallies, writing petitions, collecting signatures, leading delegations and deputations, conducting elections, holding press conferences, mobilizing members, instituting court actions way up to the Supreme Court, publishing articles, etc. the objective of which include taking away the party from the unlawful grip of usurpers and returning it to the people. This current position is in this spirit of the rising to defend our rghts and the rights of our people.

Surely these are no mean efforts, and we lead each and every inch of this struggle by personal commitments, in-depth intellectual acumen, huge financial expenditures and physical actions.

But successive party leaderships took no recognition of our contributions, our persons or our status. They behave as if they never wronged anyone nor wronged the vast population of Adamawa people whose cause and aspirations we champion. Everybody has always been ignored, and the party operated, and still operates, as if aggrieved PDP members do not exist in Adamawa state. This is in spite of the fact that a vast majority of us in the state have always committed ourselves to cooperating, supporting and working with the national leaderships to advance its interests, rebuild the party and entrench internal and participatory democracy in the state and across the country at a time when key beneficiaries of the party are moving in and out of the party at will. Yet, these key beneficiaries and serial decampees always come back and cunningly rebuff all our efforts, bringing in people of questionable character and handling over the party to them, allowing them free hands to do with the party just as they willed, solely because money politics has taken preeminence, while rule of law, ethics and values thrown to the dogs. PDP has thus been turned into an unjust and unfair political party, with no truth in its mouth; no compassion in its heart; no sincerity in its purpose, and its actions becoming intrinsically self-serving and deceitful. It reached a point where only one person will sit down to draw out how the entire list of all the executives and delegates is drawnout with which kangaroo congresses and primaries are conducted to foster on Adamawa state predetermined candidates; thus killing all pretense to internal democracy.

This is what all PDP members of good standing from Adamawa state are made to experience, not withstanding all leadership changes at the national level. For most PDP members especially in our state, leadership changes come and go, but till date nothing has changed; if anything, things kept going from bad to worse. When we complain of these injustices and the utter disregard for rule of law and constitutionalism, we are given sweet words of focusing on the “bigger picture”, but when we point out that “the bigger picture” is actually in entrenching justice, rule of law and internal democracy, and not big portraits on walls and billboards, and call for concrete action to halt this shame on our democracy, suddenly the whiff of crispy notes and self-interests become more convincing a consideration than these immutable democratic values and the wellbeing of our people.

Having done everything humanly possible to convince the party’s so-called stakeholders and leaderships to reverse this ugly trend to no avail, it is obvious to us that these PDP oligarchs have become incurably crooked. They all seem to have become like harlots whose lips spit forth words as sweet as dripping honeycomb, in voices as soft as olive oil, but with yields as bitter as crocodile bile, and as poisonous.

Obviously, we refuse to beguiled by toxics wrapped in sugary words, because such are utterly incompatible with the nature, philosophy and values of our political beliefs. It is therefore the responsibility, nay the duty, of all patriotic party members to do something to avoid the destruction of our party, our democracy and our country. It is said that when evil is done by the wicked silence of the righteous is complacency and God shall not find the latter guiltless. Not to speak is to speak; and not to act is to act. We believe we are good and honourable members of the party and therefore cannot continue to sit by and do nothing while acts of impunity overrun the party.

If we collectively stand up and stand out, we can rescue our party, our democracy and our country. It is doable with determination, commitment, consistency, etc. of the citizenry. It can be tough, and it’s indeed tough, but it has to be done if not the inexorable drift of society to perdition becomes inevitable – like the way our society is drifting today. Without such actions, things can only get worse. Actually the difference between ideal and real is will. If we can create a little will and a handful critical mass, we will be surprised how easily the cookie will crumble. But if we all sit back because “this is ideal and cannot be attained in Nigeria”, then it’s like we’re indulging in a self-fulfilling prophecy of doom. When we see public vice in society we must strive in removing it, lest the citizens themselves become complacent, complicit and even culpable.

Being unable to reconcile ourselves with such unholy stance of the PDP and its oligarchs, therefore, and in order to give our democracy, Adamawa state and our party a new lease of life and sense of direction, the following decisions have been taken after wide and intensive consultations:-
i. We refuse to accept the fraudulent, deceitful, illegal and unjust way and manner by which Prince Uche Secondus was removed as the PDP’s National Chairman;
ii. We condemn in the strongest terms those who orchestrated and carried out this diabolical political subterfuge against the party. They should be seen as the enemies of PDP and our democracy;
iii. We support the decision of Prince Secondus of appealing this judicial ambush at the higher court;
iv. We thus withhold recognition of all the flurry of activities being hurriedly undertaken by the party in consequence of this judicial fraud that necessitated the constituting of disciplinary committee by the NJC to look at the untoward actions of the judicial officers involved; and consequently
v. We do not recognize the People’s Democratic Party’s leadership in Adamawa State as constituted today through a charade called state congress.

We took these decisions with a deep sense of responsibility and the full consent and in the best interests of our people, sincerely believing that Adamawa state, and indeed Nigeria, has no future with this type of fraudulent acts being perpetrated within the PDP. We seek the support and cooperation of all party members, and all indegines of the state, in our modest efforts to protect the PDP from harm and entrench internal democracy and rule of law in the party and our democracy.

Signed:
Dr. Umar Ardo
(For and on Behalf of Good Standing PDP Members in Adamawa State)