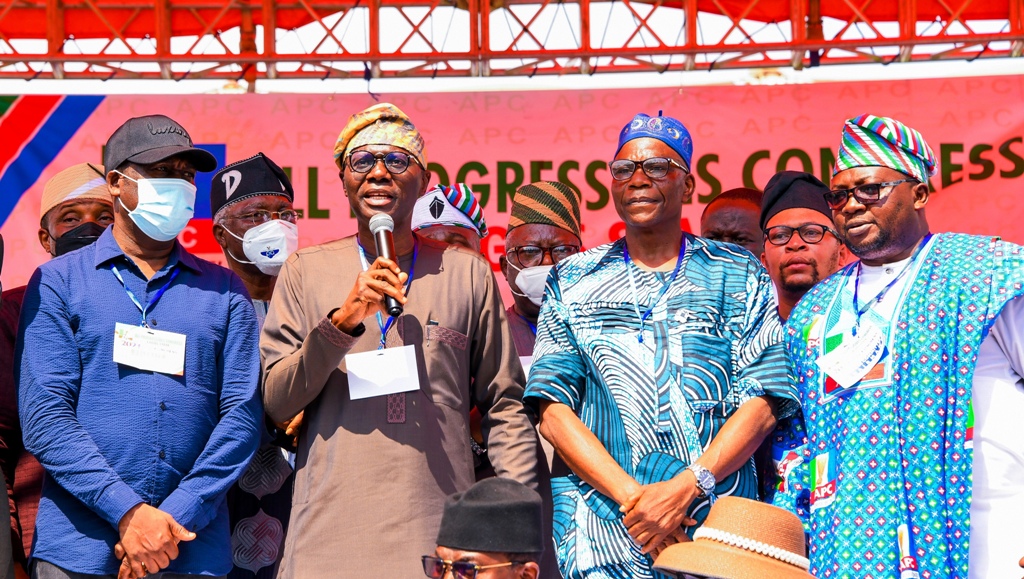 The Lagos State chapter of the All Progressives Congress (APC) has elected a new chairman. He is Pastor Cornelius Ojelabi, a former Commissioner and member of the House of Representatives.

Ojelabi, a thoroughbred grassroots politician was elected at the State Congress held on Saturday at Mobolaji Johnson Arena, Onikan, where card-carrying members of the party converged to elect officers into the party positions at the state level.

Governor Babajide Sanwo-Olu led delegates across the State to the event held under the supervision of the Independent National Electoral Commission (INEC) and Electoral Committee members appointed by the party’s National Caretaker Committee of the APC in Abuja.

There were 1,615 delegates accredited to pick the party’s state executive members during the congress organised under heavy security presence.

The congress commenced at 11am, following the opening speech of the chairman of the State’s Congress Electoral Committee, Chief Adebayo Adelabu, who promised objectivity, fairness and equity throughout the process.

Adelabu said the electoral committee was duly authorised by the party’s national committee to ensure smooth organisation of the election, expressing confidence in the peaceful conduct of the process.

As voting was about to start, the Electoral Committee chairman disclosed that 38 aspirants were screened for all 37 vacant positions in the party’s state chapter. Two aspirants, he said, expressed their interest in the chairmanship position.

Adelabu said a chairmanship aspirant was found ineligible based on the party’s guidelines and was disqualified. Other aspirants, he said, were all cleared for the positions they contested for and returned unopposed.

The Congress Committee members adopted voice voting, requesting card-carrying members to nominate each of the eligible aspirants for members’ approval. The exercise was supervised by the Secretary of the State Congress Committee, Amb. Anthony Ogba.

At 2:40pm, the exercise ended, with Ojelabi returning as duly elected chairman.

Sanwo-Olu described the process as “simply decisive, non-controversial”, expressing his confidence in the new team that will be steering the party’s affairs in Lagos.

The Governor said Ojelabi possessed a brilliant resume as loyal APC chieftain, noting that the new team would work to deepen the party’s stronghold in the State.

He said: “We have come to the end of the State congress. All party members are happy with the peaceful conduct of the process and the outcome. I’m certain that the leadership that emerges from this exercise is round peg in a hole. The man (Ojelabi) that will be leading the team has a brilliant resume as a trusted hand, at National Assembly level, State Executive Council level, political and community leadership level. He has over 20 years political experience.”

Sanwo-Olu dismissed parallel congresses allegedly held by some elements as “mere naming ceremonies”, saying the authentic congress was the one attended by card-carrying members of the party at the venue announced by the State Congress Committee and supervised by INEC and the party national executive committee.

The Governor said the new chairman had the mandate to reach out to aggrieved party members and bring them back to the fold.

Ojelabi praised the Governor for a hitch-free congress, noting that the peaceful conduct of the election manifested good leadership ingrained in the party by the APC National Leader, Asiwaju Bola Ahmed Tinubu.

The chairman pledged to lead the team by consolidating the progress recorded under his predecessor, Hon. Tunde Balogun, and promised to set the party on higher pedestal.

He said: “On behalf of all new executive members of the party, I give our commitment to setting our great party in a higher pedestal. All hands must be on deck, as this is a crucial moment in our political endeavours in Lagos. It is moment other States are looking forward to.”

Ojelabi thanked the past caretaker committee members for their service, especially their effort to grow the party membership and its reach.