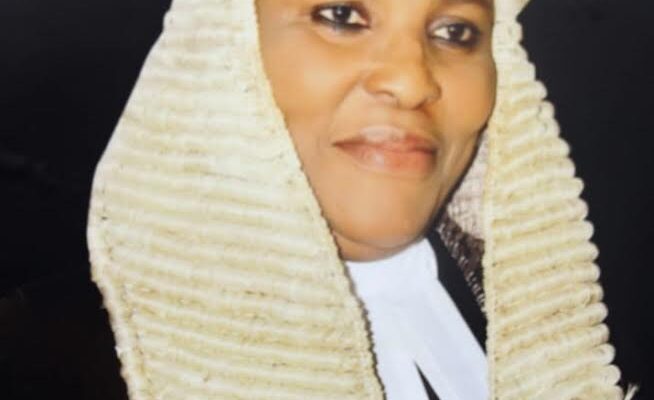 The Chief Judge of Ogun State, Justice Mosunmola Dipeolu has promised to reposition and reorganize the Customary Court system in the state, so as to make it one of the best in the country and world standard.

Dipeolu, who was represented by the State President, Customary Court Of Appeal, Justice Mobolaji Ojo stated this at the commissioning of Customary Court, Ososa and the tenth coronation anniversary of Gbegande of Ososa, Ijebuland.

She added that the entire judiciary system would be digitalized to making it a 21st-century compliant institution, noting that a technology-driven Court which was firmly and deeply committed to the preservation of cultural heritage would be put in place.

“We have received firm assurance from the Executive Arm of Government that arrangements are in top gear to fully digitize the operations of our superior courts, including the Customary Court Of Appeal”, she said

She said that it would be a step in the right direction as the Customary Court Of Appeal being an appellate court was the most suited for deploying technology for its operations, saying that they were planning to replicate the gesture at the Customary Court level to uplift justice delivery at that level.

She appreciated the State Governor, Prince Dapo Abiodun for his continued support for the state judiciary and also for making it an important component of the “building our future together” agenda of his administration.

She also hailed and rejoiced with the Kabiyesi, HRH Oba Adetoye Mojeed Alatishe, the Gbegande of Ososa, Ijebu, who donated the edifice on behalf of the Ososa Community and for the occasion of his 10th coronation anniversary, saying that he donated the building for the State Judiciary to serve as the Customary Court.

In his welcome address, the Gbegande of Ososa, Ijebuland, Alaiyeluwa, Oba (Dr). Adetoye Mojeed Alatishe said that his 10th coronation anniversary would not be completed without donating the structure for the Customary Court, saying that he was delighted in commissioning the edifice by the Chief Judge of the State and the President Customary Court Of Appeal.

“Ten years ago just like yesterday, we thank Almighty God, our creator, the only one that is Kabi-Osi, for keeping us alive through all the past years, after many storms and bad waves”, Oba Alatishe said

He said that he was particularly glad and humble for the essential addition of a Grade 1 Customary Court to the landscape of the town “Ososa”, noting that he would always ready to provide any logistics to them if the need arises.