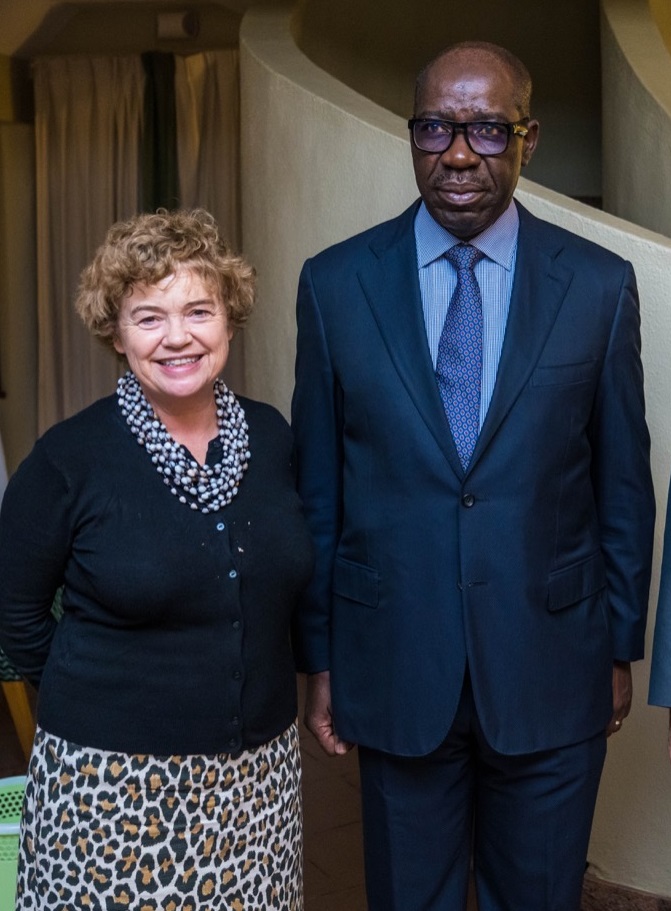 The Edo Governor, Mr. Godwin Obaseki, has reiterated the commitment of his administration to sustain the gains made in the fight against human trafficking and irregular migration.

The governor made the submission during an event to mark the World Day Against Trafficking in Persons 2021, organized by the United Kingdom AID (UKAID) and the International Organisation for Migration (IOM).

Governor Obaseki said the state government has recorded tremendous progress in the fight against human trafficking, especially in the rehabilitation and resettlement of returning illegal migrants.

According to him, “Our intervention to address the issue of human trafficking has been pragmatic and far-reaching. We have received tremendous support from international partners and are really grateful for the amount of support we have received in ensuring that we have a pragmatic programme of action to receive, rehabilitate and reintegrate our young ones who were victims of human trafficking and illegal migration.”

He noted that the Edo State Taskforce Against Human Trafficking (ETAHT) has been enabled by law to undertake comprehensive programmes for victims of human trafficking, while investment has been channeled towards Technical and Vocational Education and Training (TVET) and enterprise to upskill young people to lead productive lives in the state and discourage them from falling for the antics of human traffickers.