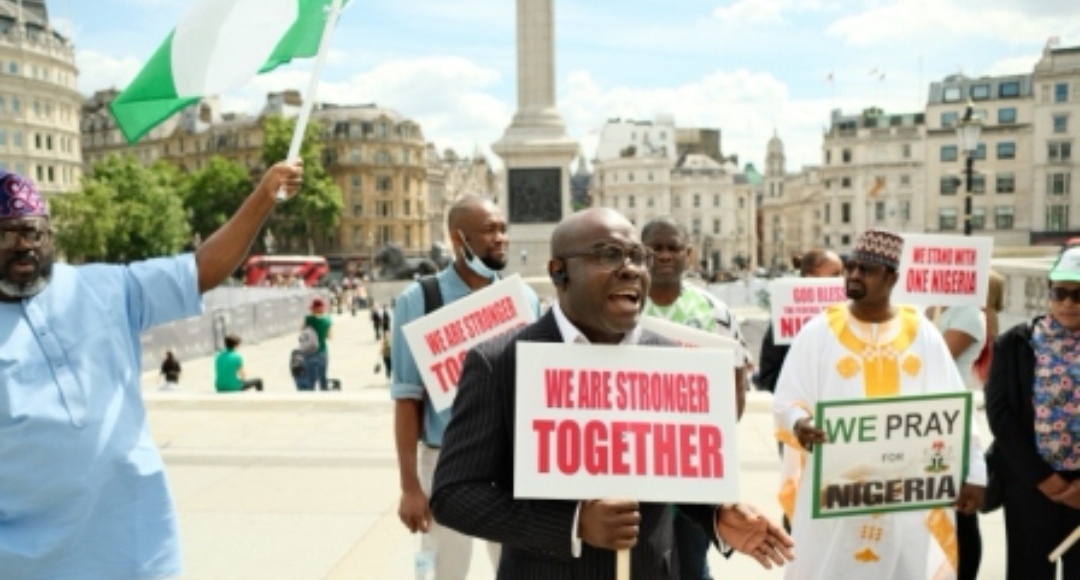 Nigerians in the Diaspora have called for more support for the President Muhammadu Buhari-led government, saying that its giant strides and the Nigerian armed forces should be commended.

According to a statement by Prof. Peter Otah, Secretary of Nigerian Leaders in Diaspora (NLID), on Thursday in Abuja, the Nigerian Diaspora leaders made the call at a rally in London, United Kingdom.

The statement which was made available to the News Agency of Nigeria (NAN) said that unity and peace were essential for progress and development in the country.

The rally which was organised by the Nigerian leaders was held at the famous Trafalgar Square and attended mostly by Nigerians and some other nationals.

The statement said the rally was to appreciate the several milestone achievements of President Buhari-led administration in the last six years.

It added that it was also to rally support for Nigeria`s military personnel and to pray for the country.

The leaders prayed for more successes for the administration, especially as it made efforts to consolidate its efforts at curbing the seeming intractable insecurity in the country.

Prince Ade Omole, while addressing attendees at the rally, said Nigeria was lucky to have Buhari to lead the country at this point in time.

“Providence shined on Nigeria the day Buhari was declared the winner of the 2015 presidential election.

“Buhari has not left anyone in doubt that his belief and efforts are to ensure an egalitarian Nigeria that would ensure economic prosperity, corrupt-free society and a nation that is viably secure for business fortuity,” he said. 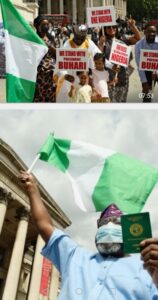 He added that no matter the country`s present challenges, with unity and focus, we remain one nation, one people and a great indivisible nation.

The statement quoted Alhaji Talba Galadima, one of the Nigerian leaders in the Diaspora as saying that Nigeria had never had it this good in the last four decades until the emergence of Buhari.

He stressed that the many obvious landmarks the Buhari administration had made were pointers to the fact that the country was projected for long-lasting economic and social el dorado.

The statement also quoted Lady Edith Nwachukwu as saying that Nigeria was blessed to have a man with unparalleled integrity like Buhari as her President.

She described Buhari as a master infrastructure builder, saying that even the blind could feel the many revolutions his administration had embarked on since his assumption of office in 2015.

She listed the achievements of the Buhari-led government to include the rail infrastructure, agricultural revamping, and road and energy re-engineering among others.

Nwachukwu maintained that a government that had turned the entire country into a construction site deserved support and commendation from its people.

On security, Barrister Joseph Adebola, a Nigerian leader in the Diaspora described the recent purchase and delivery of Super Tucanos Warcraft by the Federal Government as a big move on the side of government.

Adebola, a leading legal practitioner in the United Kingdom, said the purchase of the warcraft would ensure security and encourage foreign investors to invest in the country.

He commended the successes recorded in the fight against insurgency which had seen the Boko Haram insurgence confined to a part of the country.

“Equally, the counter banditry moves by the Federal Government aimed at nipping the menace of banditry and kidnapping are a thing of joy to us in the Diaspora,’’ Adebola said.