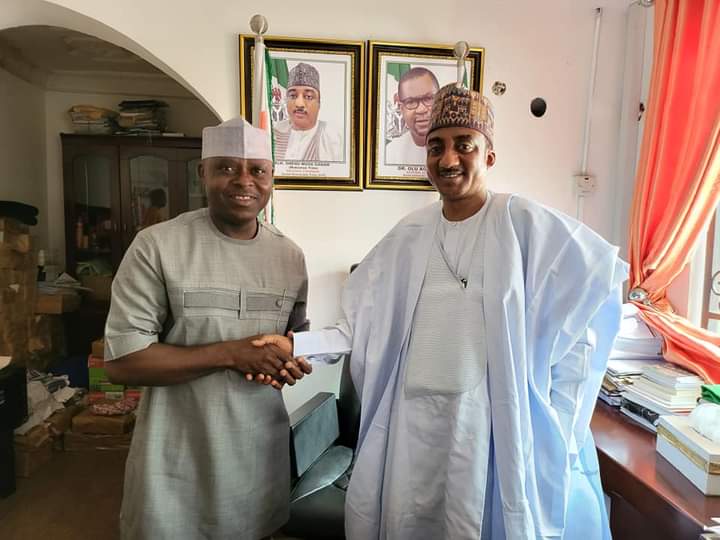 Nigeria 2023 is shaking the ship of those that thought it is a done deal for the bigger so called parties.

But the emerging and older parties under new executives are changing the narratives made possible by elected members across both Houses moving on.

The most affected party is the ruling APC where elected Senators and Representatives are decamping from the party to other promising ones. Even the PDP, being the major opposition party is seeing members resigning from the party.

The major gainer is the SDP ably led by the young looking techy chairman Shehu Gaban.

The party today saw the entrance in the person of a serving Senator Akwashiki Godiya from the ruling All Progressives Congress APC, in Nasarawa State.

Senator Akwashiki with more than one thousand supporters lined up the Secretariat and adjoining Streets as they stormed the SDP national secretariat in company of current serving and former state assembly members of APC to register with the SDP.

The National Chairman of the party, Mal Shehu Gaban received Senator Akwashiki in the company of other national executives of the SDP.

The senator said the way things are with the party, it will more defection, decping and resigning of other members during The Sallah period.

It will be recalled that Senator Tinubu won the APC party’s presidential primary in a show of strategic marketing of political branding while Abubakar Atiku won the slot at PDP.