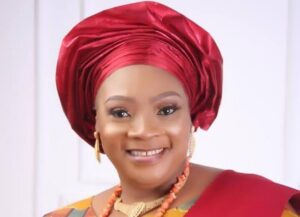 Abuja – The Nigerian Association of Women Entrepreneurs (NAWE) has asked Governments at all levels to create policies and programmes that will bear direct impact on women entrepreneurs in the country.

The President of NAWE, Chief Vera Ndanusa, in her inaugural address in Abuja on Tuesday tasked government to ensure that economic policies were impactful especially with the Girl-Child with the goal of catching them young as entrepreneurs.

She stressed the need for the current administration to involve more women in governance, adding that her tenure would embark on sensitisation campaign to reawaken women to their responsibility in nation building.

Ndanusa, expressed displeasure that women were not granted land officially in the sense that women did not usually inherit land culturally, stating that the current land use was affecting women participation in Agric-business.

“The government should see the need to send Bill to the National Assembly allowing women to own land officially from family inheritance.

“Women are not granted land officially in the sense that women do not usually inherit land culturally, except in an enlightened environment.

“When it comes to farming, women in Nigeria are mostly subsistence farmers; now that we have made a decision on agriculture, the first thing is to access lands and funds that will empower small scale farmers.

“Government and international agencies should tailor their programmes to encourage empowerment of women in sustainable agriculture while financial institutions should be women friendly in their lending considering women’s role in food security,’’ Ndanusa said.

The NAWE President, emphasied the need for collaboration with relevant organisations to provide adequate capacity building on modern technology in agriculture and Micro, Small and Medium Enterprises for secured and peaceful business environment.

She promised continue programmes to strengthen professionalism through education, training, and resources and ensure that members have assistance to develop skills and framework required of a modern entrepreneural world in a connected economy.

Speaking at the event, Minister of Industry, Trade and Investment, Otumba Adeniyi Adebayo, said more support from the Federal Government would be given to women entrepreneurs given the fact that they form the 49.3 per cent of Nigeria’s population.

Adebayo, who was represented by Hajara Usman, an Assistant Director in the Ministry, said women’s population in the country was significant and its effects could not be downplayed in the matters of economic growth.

“Women constitute part of the human resources with which both firms and government can optimize being objective function. An economy that successfully attracts and nurtures entrepreneurs in various categories is likely to sustain economic growth” Adebayo, said.

He said: “Women in entrepreneurship possess dual characteristics (for instance, they are first women and secondly entrepreneurs). Therefore, women entrepreneurs possess characteristics which include adaptability, innovativeness/creativity, strength and internal locus of control, ability to think and reason fast and endure, managerial skill, accountability and credit risk.

“Factors that motivate women entrepreneurs have been identified to include, dissatisfaction with “glass ceiling” or limits on their earnings and advancement, need to improve quality of life, desire to earn more income, growth and innovation, desire for independence, risk-taking propensity, education, freedom, job flexibility and previous experience.

“Generally, women are known to be strong and confident, resourceful and talented, creative and innovative, all these have made them to succeed despite daunting obstacles confronting them as entrepreneurs”.

The lawmaker urged female entrepreneurs to take advantage of the several initiatives of government implemented by the CBN, NIRSAL Bank, Bank of Industry as well as the African Development Bank to address the resource gap challenge hindering the growth of their enterprises.

On his part, the former Governor of Niger State, Babangida Aliyu, said in a quest to reduce the existence of gender inequalities, women must take on leading roles towards realising their rights and access to productive resources.

Aliyu further said the women entrepreneurd needed to be equipped with the necessary skills and capacity to increase the access to high value of international market.

The highlight of the event with the theme “Unleashing Nigeria Women Entrepreneurs into a Connected Economy’’ was the conferment of award of excellence on exceptional persons within the different sector of economy.