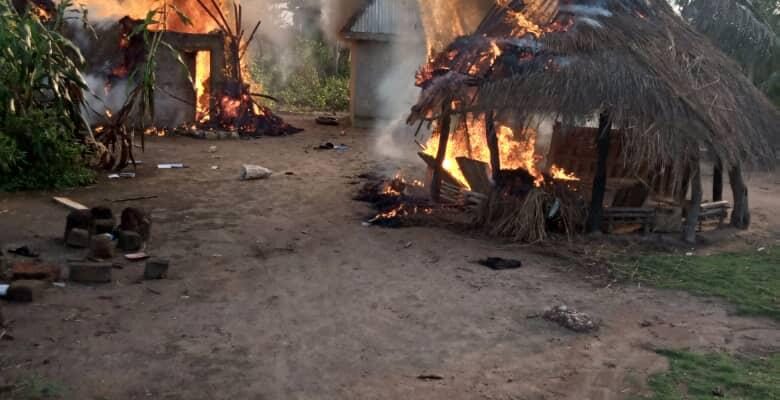 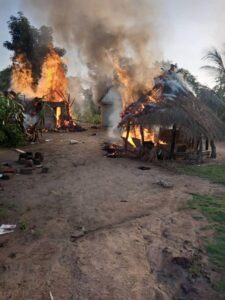 In continuation of aggressive clearance operation to stamp out untoward activities in the North-Central zone, troops of Operation WHIRL STROKE recorded significant successes against criminal elements in the state.The Troops while on raid operations at River Yo-Yo and Tachar villages respectively had contact with armed bandits who opened fire as the Military closed in on their position. The Troops who responded with superior fire power forced the armed elements to flee into the surrounding bushes an action that led the gallant troops of the Nigeria Military to engaged the bandits in hot pursuit following which 2 were neutralised.

According to a statement by the Coordinator Defence Media Operations Major General John Enenche, In the course of operation, one locally made AK 47 rifle, one magazine, 7 rounds of 7.62mm Special ammunition, one Toyota Corolla car, some substances suspected to be indian hemp as well as charms were recovered.
According to General Enenche, The Military High Command commends the gallant troops for their dedication and professionalism and encourages them to intensify the onslaught against the enemies of our Nation.

General Enenche in A statement made available to BEN Television in Abuja said “the sustained Air Strikes being conducted against terrorist elements in the North East of the Country under subsidiary Operation WUTAR TABKI have continued to yield tangible results. The latest of these is the destruction of an Islamic State of West Africa Province (ISWAP) Training Camp, along with some of their logistics storage facilities, at Tumbun Barorowa on the fringes of Lake Chad in Borno State.”

According General Enenche, ” the air interdiction mission was undertaken on 19 October 2020 sequel to credible Human Intelligence (HUMINT) reports indicating that the settlement served as venue for the training of ISWAP fighters. Confirmatory aerial surveillance missions also led to the identification of some structures under dense vegetation within the settlement where the terrorists store their small arms and logistics supplies.

” Consequently, the Air Task Force dispatched an appropriate force package of Nigerian Air Force (NAF) fighter jets and helicopter gunships, whose barrage of bombs and rockets hit the target structures. Several ISWAP fighters, who were observed firing at the attack aircraft, were also neutralized in the process. ” General Enenche concluded.