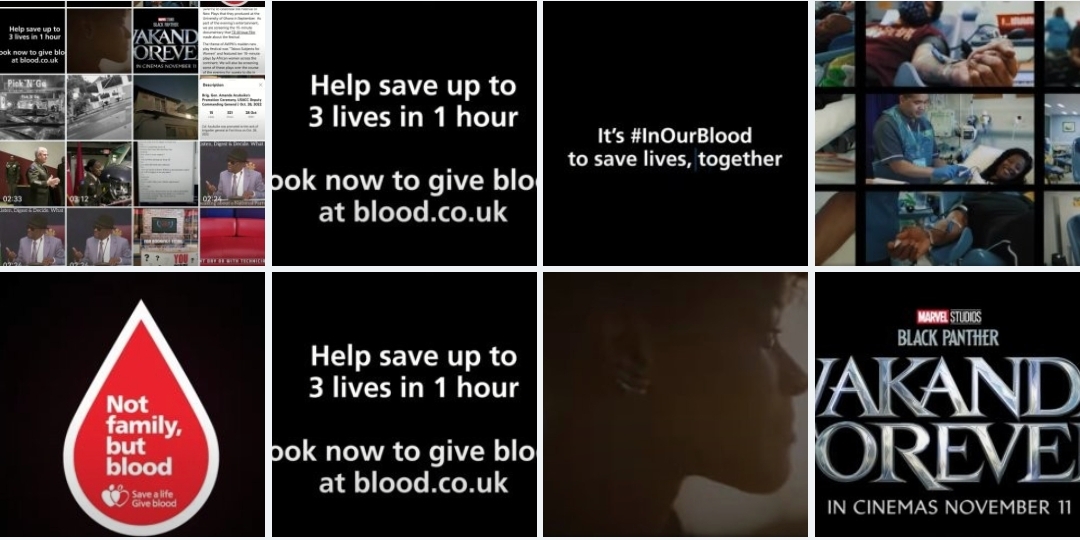 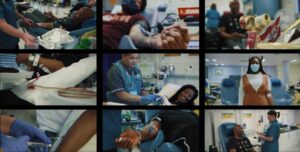 NHS Blood and Transplant is teaming up with Marvel Studios’ Black Panther: Wakanda Forever in a huge boost to its new campaign to recruit more Black heritage blood donors – which has already led to record numbers of registrations from people of Black Caribbean and Black African heritage.

The high-profile partnership is the next stage in the NHS ‘Not Family, But Blood’  campaign to recruit more Black blood donors, urgently needed to meet increasing demand to treat conditions such as sickle cell.

The campaign generated an incredible public response when it launched in October with a record 884 people of Black heritage signing up to donate in the first day. During the first week there were 1,866 registrations from people of Black Caribbean and Black African heritage – a 700 percent uplift on the previous week.

It is hoped the collaboration with Marvel Studios will boost the campaign by reaching more people of Black heritage, particularly younger film fans who may not have considered blood donation. People aged 16-24 are especially needed as they are the donors of the future. The average age of Black heritage donors registering in the first week of the campaign was 31.

Black Panther: Wakanda Forever is the highly anticipated sequel to 2018’s critically acclaimed and global cultural phenomenon, Black Panther, one of the most beloved films of the MCU. The new movie, launching in cinemas November 11, sees the Wakandans strive to embrace their next chapter, fighting to protect their nation from intervening world powers in the wake of King T’Challa’s death.

The ‘Not Family But Blood’ NHS campaign highlights that although the Black community is diverse, one unifying thing is the power to provide life changing blood donations. This thought is amplified in the people of Wakanda – different tribes, but together they are stronger, supporting and protecting their community.

Co-branded Black Panther: Wakanda Forever digital content will be shared across NHS Blood and Transplant, Disney and Marvel Studios social channels with a call to action for people to register as a blood donor.

And an exclusive pre-movie screening will be held at Hackney Picturehouse in London for specially invited NHS Blood and Transplant supporters including patients, donors and partners alongside representatives from Black local businesses.

Zeeshan Asghar, Head of Commercial Partnerships for NHS Blood and Transplant, said: “We are thrilled to collaborate with Marvel Studios’ Black Panther: Wakanda Forever as we move to the next stage of our ‘Not Family, But Blood; campaign to urgently recruit more Black heritage donors.

“We hope this exciting collaboration will help us reach a new Black audience with the message that they have the power to provide life-changing blood donations for sickle cell patients.”

Owen Dommel, Director, Marketing Partnerships UK & EMEA at The Walt Disney Studios, said “As storytellers we have a responsibility to reflect our audiences. As part of our ongoing commitment to diversity and inclusion we are working to ensure people feel championed in our content. Community and kinship sit at the core of Wakanda’s tribes. Our hope is that through this collaboration these values are translated into action to ensure the NHS receives the blood donations that patients so urgently need.”

“While this is clinically suitable, it can pose a longer-term risk to patients who receive regular transfusions. We urgently need more Black heritage donors to come forward. Giving blood is quick, easy and safe.”

Minister for Health Will Quince said: “Record numbers of people of Black Caribbean and Black African heritage have already signed up to give blood thanks to NHS Blood and Transplant’s ‘Not Family, But Blood’ campaign.

“We urgently need more blood donors from Black communities to help tackle conditions such as sickle cell disease and I’m proud to support this new partnership with Black Panther: Wakanda Forever, to reach new audiences and save and improve more lives.”

This is NHS Blood and Transplant’s third blood donation film partnership with Disney and its second with Marvel Studios following collaborations with Free Guy in 2021 and Doctor Strange In the Multiverse of Madness earlier this year.

NHS Blood and Transplant recently triggered an “amber alert” requiring hospitals to take action to protect blood stocks while measures are put in place to scale up collection capacity, to build stocks back to a more sustainable footing.

Since amber alert measures were put in place, blood stocks have improved and appointments to donate blood in November are now almost full. Donors are now being urged to book appointments leading up to Christmas and into 2023 to stabilise and grow stocks further.