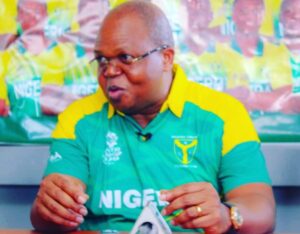 The first female cricket league in the country, the South-south Female League is to be rounded up this weekend with the super four playoff to crown the winner of the inaugural edition in Benin-City, Edo State.

Chairman of the Edo State Cricket Association and member representing the South-south Zone on the board of Nigeria Cricket Federation, Mr Uyi Akpata yesterday described it as a milestone for the sport in the country.

“This event is a landmark one for us and the country. In fact, it is the first of its kind in West and North Africa. Cricket development should not leave out any gender and since we saw the response from the girls during our grassroots project, we just felt it was ripe for a separate platform to be created for them,” he stressed with satisfaction yesterday ahead of the Super Four Playoff.

The event which is scheduled to hold from Saturday March 20th to Sunday 21st at the Edo Boys High School, Benin City will parade two top teams from each of the two zonal classifications of the preliminary rounds.

The eight-club league had featured three clubs from Edo State, two from Akwa-Ibom and one each from Rivers, Bayelsa and Delta state.

All the teams were grouped in two, (Zones A and B) with each side playing from either The University of Port Harcourt cricket pitch in Rivers State or Iyoba College in Benin-City, Edo State.

Adolor Amazons and Ekpoma Supernovas qualified as top teams from Zone A, while Pathfinders from Rivers State and Smashers from Akwa Ibom State qualified from Zone B to complete the teams scheduled for this weekend’s Super Four series at the Edo Boys High School High Performance Centre in the Edo State capital.

On Sunday (21st March), winners from Saturday’s matches will play in the finals while losers will settle for the third place game.

“We intend to make this part of our continuous growth plan such that talents discovered throughout state-wide coaching grassroots project would find room to develop, mature and mentored into perhaps the state team and other available opportunities.” Akpata concluded.