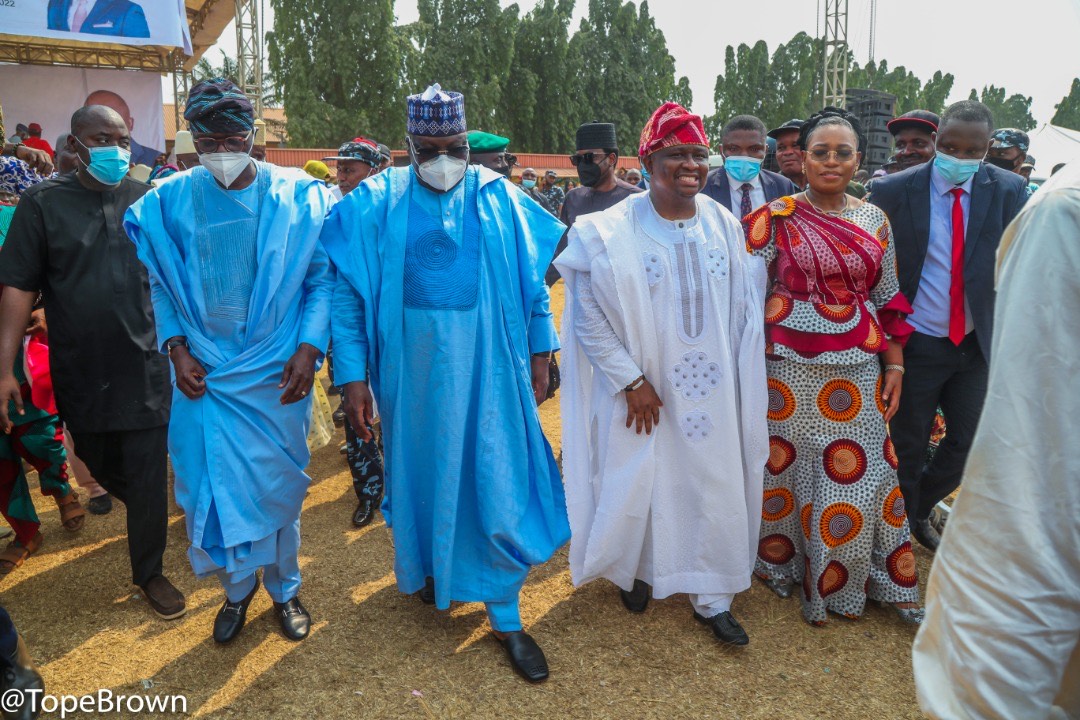 LAWAN TO SANWO-OLU: “YOU HAVE DONE WELL, ONE GOOD TURN DESERVES ANOTHER”

President of the Senate, Senator Ahmed Lawan on Sunday praised Lagos State Governor Babajide Sanwo-Olu for what he called “the good work” he is doing towards delivering dividends of good governance to the people of Lagos State and to validate the State’s position as the economic and commercial nerve centre of the country.

Lawan, who opened his speech on a note of admiration for the Governor, said the party leadership across the country had watched with satisfaction the giant strides being made by Sanwo-Olu, stating that without any equivocation, that the Governor deserved a re-election.

He said: “We have been watching you over the last two and half years. You have been very wonderful. You have been consistent in terms of service delivery to the people of Lagos and indeed this country. You are focused…”

The Senate helmsman endorsed Sanwo-Olu’s to return after the completion of his current tenure, saying the tremendous achievements the State recorded within a short period under the Governor’s watch needed to progress.

The Senate President praised Sen. Adeola for his contribution to the robustness of the Senate and his efforts to uplift his constituents through regular empowerment.

Lawan called for more support for the All Progressives Congress (APC), stressing that the People’s Democratic Party had damaged the country beyond measures in its sixteen years of governance. He, however, assured that the ruling party was up to the task to defeat the opposition again.

Governor Sanwo-Olu lauded Adeola’s empowerment programme, noting that some of the items, such as the ambulances and hospital equipment would go beyond party affiliations, when they become operational.

He described Adeola’s efforts as complementing those of President Muhammadu Buhari and of the State Government.

He reiterated his administration’s commitment to further develop Lagos state in all ramifications and pledged that he will continue to carry out human-friendly projects that will have positive impacts on Lagosians and by extension, Nigeria.