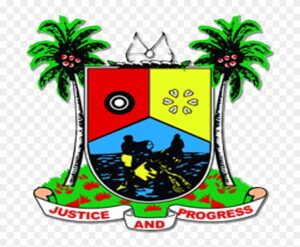 The Lagos State Government has launched the Girl/Boy Child Engagement Initiative conceptualised by the Office of Civic Engagement towards ensuring that children are protected and free from all forms of abuse, which stand at variance with the rights of the child to good quality of life and mental well-being.

In her opening remarks at the launch, the Secretary to the State Government (SSG), Mrs. Folashade Jaji, commended the initiative, adding that as responsible adults, it is important to ensure that children are well taken care of and protected against abuse that could destabilise them psychologically and emotionally.

Mrs. Jaji advised all children in the State, especially school children, to see themselves as the future of the nation, urging them to face their studies and avoid distractions that could jeopardise their academic progress.

Admonishing them not to go anywhere they feel unsafe in order to avoid exposure to abuse, the SSG encouraged all school children, particularly girls, to take care of their personal hygiene and make it a habit to maintain cleanliness at all times.

“Inculcating the habit of cleanliness is the only way you can show appreciation to Kimberly-Clark, Nigeria, the company that has donated 6000 packs of sanitary towels to support the girl/boy Child Engagement project”, Jaji said.

She expressed gratitude to Kimberly-Clark Nigeria for the donation of the sanitary towels in support of the Girl/Boy Child initiative, promising that the items would be put to judicious use by the State government.

Speaking in the same vein, the Commissioner for Education, Mrs. Folasade Adefisayo, stated that the project with the theme “My Voice, Our Equal Future”, focuses on the right of the girl/boy child to equal opportunities for self-actualisation.

The Commissioner also thanked the donors for the kind gesture, stating that the singular act was a demonstration of their support for the initiative, noting that the donation of sanitary towels, particularly to the girl-child, would make them understand the importance of maintaining good personal hygiene and cleanliness at all times.

Earlier, in her welcome address, the Special Adviser Office of Civic Engagement Princess Aderemi Adebowale, stressed that the Child Rights Act, which has been domesticated in Lagos, is designed to guarantee that children are protected and free from all forms of abuse at all cost.

She expressed gratitude to the SSG and the Commissioner for Education, respectively, for supporting and collaborating with the Office of Civic Engagement on the project to ensure its success.

In her remarks, the Government Relations Manager, Kimberly-Clark Nigeria, Miss. Zainab Obagun, said her company deals in care products and would always support any programme that cares about the people, particularly in the area of hygiene.

Obagun disclosed that the company donated 6000 packs of sanitary towels to Lagos State Government in support of the Girl/Boy Engagement programme to encourage good hygiene and wellness, advising school children to work hard and remain focussed so that they would achieve their aims in life.