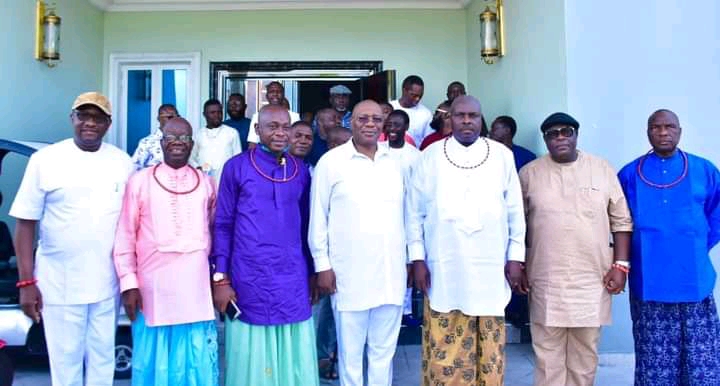 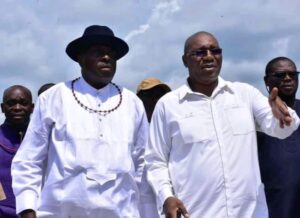 Chief James Ibori, the former Governor of Delta State, has paid a scheduled visit to Barr.  Deacon Kingsley OTUARO, the present Deputy Governor of the state. 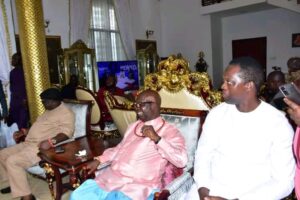 Chief James Onanefe Ibori is a Nigerian politician who was Governor of Delta State in Nigeria from 29 May 1999 to 29 May 2007. An ethnic Urhobo by descent, Ibori is a member of the People’s Democratic Party, the PDP. He is an influential leader in the Niger Delta region and a national figure in Nigeria. 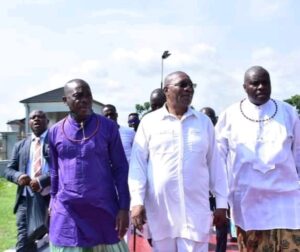 He was received today Friday James by Barrister Otuaro in Gbaramatu Kingdom, where he has country home in Okerenkoko, Warri South West Local Government Area. 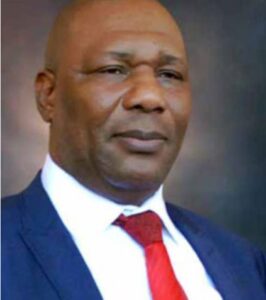 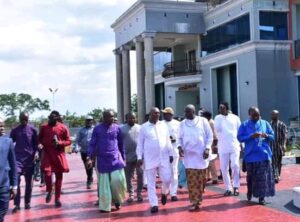 The Deltan citizens have over the months debating who should succeed in the government House among those mentioned is Barr. Kingsley though not an Urhobo which is claiming the PDP zoning favours them. 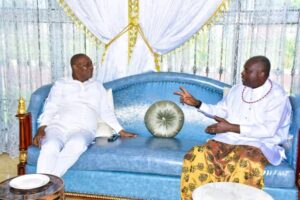