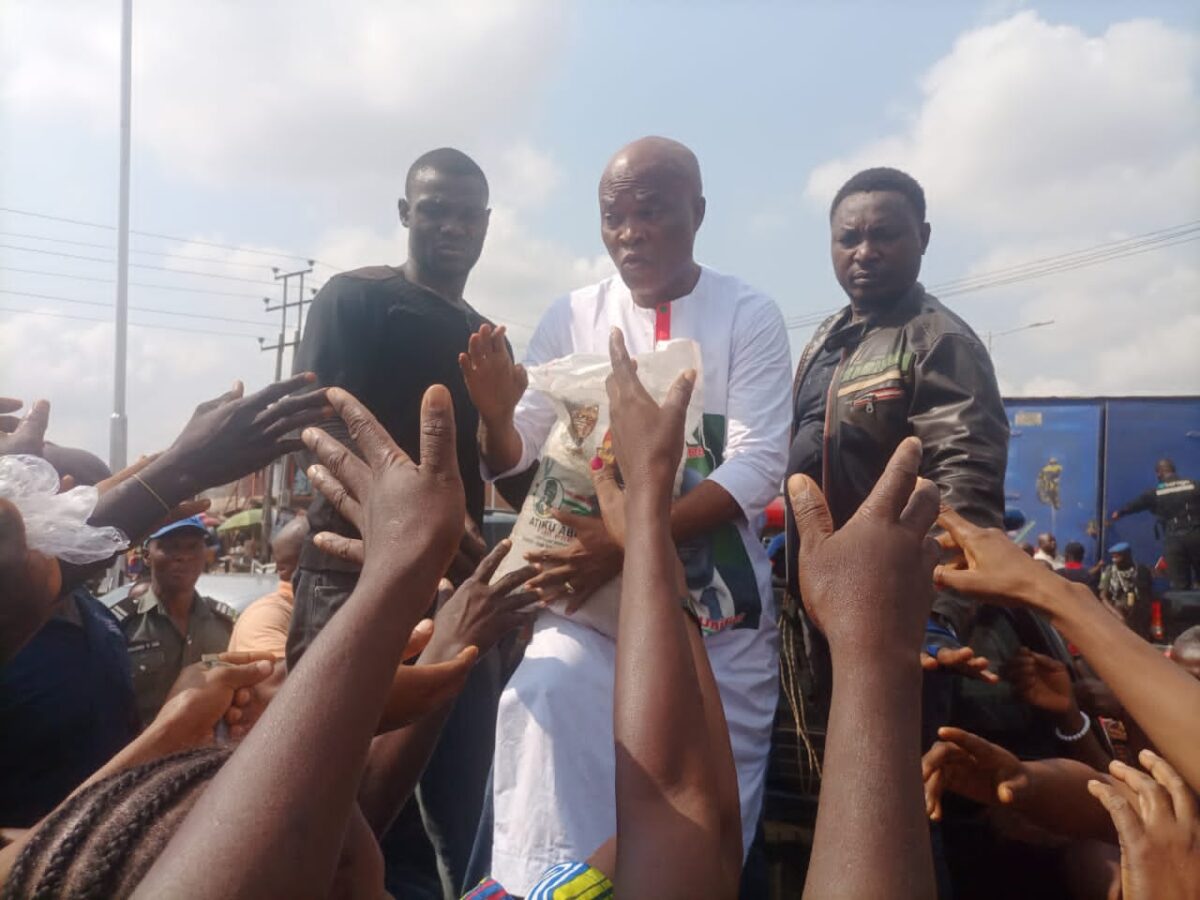 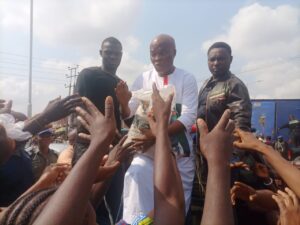 A chieftain of the Peoples Democratic Party in Edo State, Barr. Kenneth Imasuangbon, has began aggressive campaign for presidential candidate of the party, Alhaji Atiku Abubakar and his running mate, Dr. Ifeanyi Okowa.

Barr. Imasuangbon who is popularly known as the ‘Rice man’ used to his annual distribution of rice to the poor and needy to preach about the good things the government of Atiku would bring to Nigerians.

Imasuangbon stormed orphanages, hospitals and several villages to distributed thousands bags of rice to the poor.

He told the people to vote out the ruling All Progressives Congress for inflicting pains and suffering on the masses.

The ‘Rice man’, who educated the people on the need to collect their PVCs, said the task to sack the APC must be achieved.

Speaking in an interview shortly after he kicked start his annual free Rice Distribution in his locality in Ewohimi, Esan South East Local Government of Edo state said, ” We are reaching out to over 50, 000 persons in this year distribution of rice. Edo is ready for Atiku/Okowa presidency. We must come out enmass and vote for the ‘unifier ‘

“Besides, we will soon embark on door to door campaign in villages across the state. Our target is to get 80 percent of the votes in Edo.”

In Uhunwonde, Orhionmwon and Ikpoba Okha Local Government Areas of the state, the former governorship aspirant told the surging crowd that when Atiku becomes President by the grace of God hunger and poverty will be defeated.

Meanwhile, jubilant crowd scrambled to get a bag of rice as the shout of rice man rents air as they promised to vote the PDP presidential candidate, Atiku Abubakar and his vice Ifeanyi Okowa.

One of the lucky beneficiaries, Imafidon Ighomaye, said, ” we are happy with Imansuagbon for coming to share rice every year. He has shown us love and for that my entire family will vote for Atiku and the PDP come 2023 presidential.