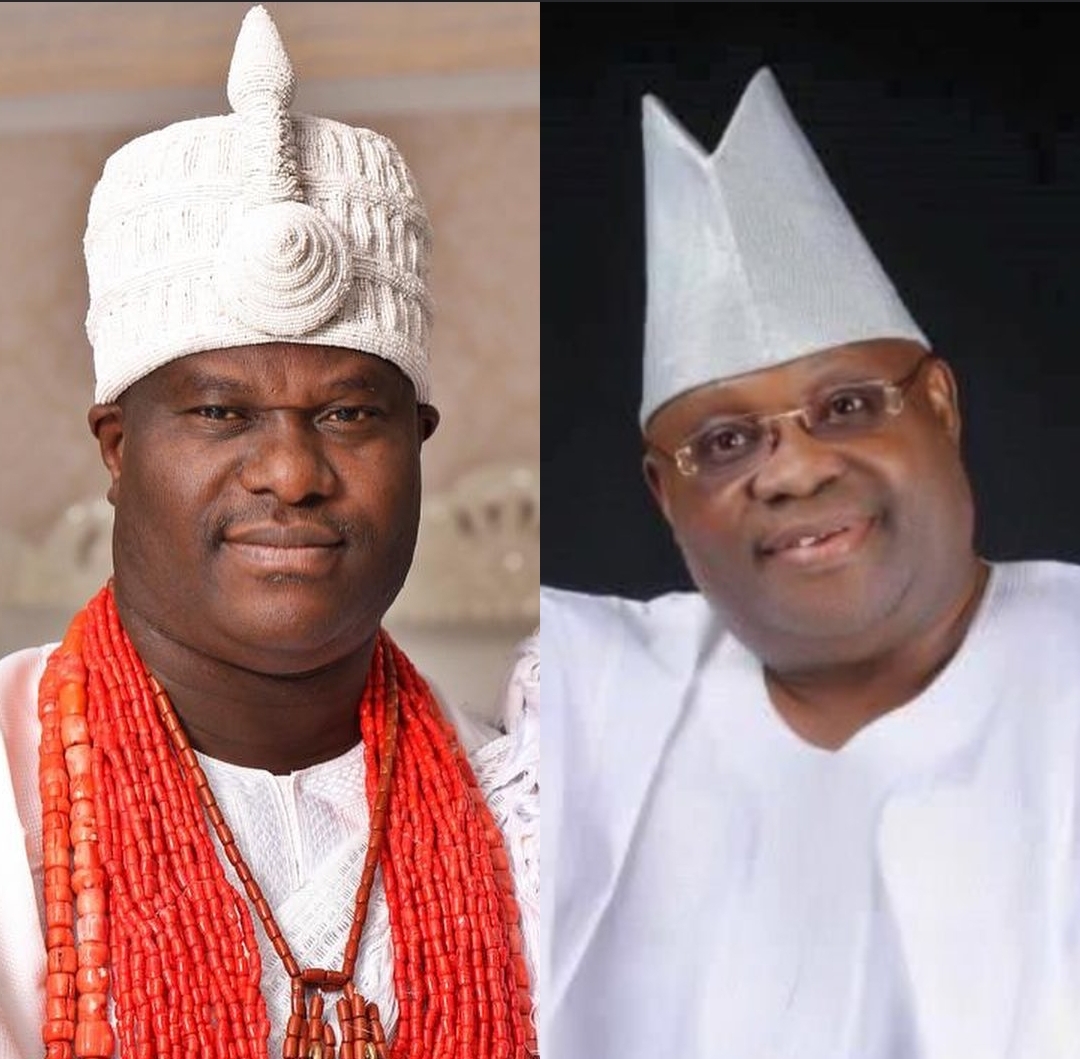 The PDP Governorship candidate in 2018 election in Osun State, Senator Ademola Adeleke has made a promise and a pledged to provide a private jet to the Paramount Leader, Ooni of Ige if elected governor, according to him, to ease the movement of Oba Adeyeye Ogunwusi’s local and international trips.

Moses Olafare, the palace’s and Oonis spokesperson in a statement said that Senator Adeleke disclosed this during his meeting with the monarch at his palace in Ile-Ife, Osun State.

“I have always cherished the great throne of Oduduwa here in Ife and the personality of the Ooni, I will never disrespect it and I will not allow anyone to hold it in contempt.

“By God’s grace, I shall make provision for a Private Jet to make all Ooni’s local and international trips easier. I am not making a mouth, it is what I will do.

“With the plan to erect the Osun airport, Baba (The Ooni) would be picked from the palace with a helicopter to the nearest airport to board an aeroplane to anywhere seamlessly.

“I am moved to tears when I see the poor state of our roads and others, this would be changed next year.

“The cause of this decay is because the current government has destroyed the local government system, making the supposed closest tier of government very far from the people”, added Senator Adeleke.

In response and appreciation, The Ooni, Oba Adeyeye pleaded and requested for all politicians and their supporters to make sure that peace reign before, during and after the forthcoming gubernatorial election in 2022 in the state, saying crisis that the reason of crises is due to the followers and must be avoided.

“It is you fans, admirers and followers that hear and say a lot to direct your leaders’ minds. I want to urge you to act with all sense of responsibility as violence won’t pay anyone.

“Do not mount unnecessary pressure on your leaders to prevent them from giving empty promises. Be diligent at all times and it shall be well with you all.” The Ooni pleaded.