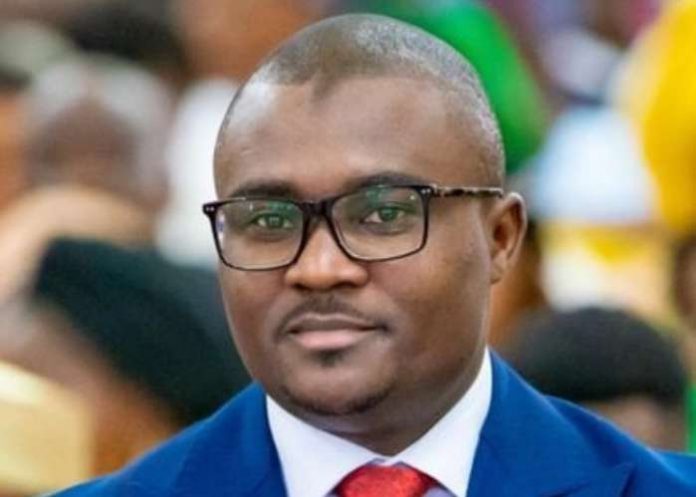 HOW LAGOS IS WEATHERING THE STORM – FINANCE COMMISSIONER

Lagos State has reinforced its revenue base, despite the State Government’s financial commitment to various capital projects and partnerships aimed at improving socio-economic development.

The administration of Governor Babajide Sanwo-Olu, over the last two years, has enhanced revenue collection and blocked leakages through which the State accrued losses.

Commissioner for Finance, Dr. Rabiu Olowo, gave a detailed explanation of how the Government had weathered the storm in managing the State’s debt profile and increased revenue generation during the ongoing inter-ministerial briefing organised to commemorate the second-year anniversary of the Sanwo-Olu administration.

Olowo said the State Government had been prudent and disciplined in its procurement and expenditure, stressing that Sanwo-Olu’s move to simplify the procurement process had not only restored confidence and accountability in the State’s finances, but also improved Lagos’ good rating in revenue management.

He said: “The beginning of this Government was a very turbulent time in terms of expenditures and project delivery. Since we said we would not give excuses, we came up with four strategies to shore up the State’s finances in order to meet our goals. We tasked the Ministries, Departments and Agencies (MDAs) and checked where we needed improvement in terms of revenue optimisation and where we needed reduction of revenue leakages.

“We set weekly and monthly reviews of the processes set in motion and this really helped us to achieve success in the last two years. The financial report card for Lagos by the end of 2020 was absolutely impressive. We ended the year with 88 per cent revenue performance Statewide, and in terms of taxable revenue service we closed the year with 101 per cent. This success is not unconnected with the initiative we set out.”

Olowo explained how Lagos Government engaged a consortium of forensic audit firms in 2019 to carry out a back-duty audit on excessive bank charges. This led to the recovery of over N1.2 billion.

The effort, the Commissioner said, straightened the Government’s revenue records with the concerned banks and financial institutions.

As part of the moves to block leakages, Olowo added that the Sanwo-Olu administration successfully renegotiated State Government’s existing debt obligation from 19 per cent to 14 per cent, and further down to 12 per cent over a period of two years. This, he said, saved Lagos State over N8.9 billion in debt service obligation.

The State Government, the Commissioner said, has recalled its N46.3 billion and N6.9 billion Bonds issued under the Programme 2 Series 2. The early redemption of the bonds, which have coupon rates of 16.75 per cent and 15.60 per cent with a tenor of 7-10 years, is expected to improve the State’s debt sustainability and achieve financial savings of over 15b in debt service obligation in the medium term.

He said: “Our N100 billion bond that was issued in January 2020 has been performing better. In terms of disbursement, we are at 85 per cent utilisation. This is evident from the capital projects that are ongoing. People have described Lagos as a construction site and every part of Lagos is enjoying infrastructural changes in terms of roads, housing, hospitals and schools, among others.”

Speaking on Lagos’ debt profile, the Commissioner said there was no cause for alarm, stressing that the State Government’s borrowing had been prudently spent on provision of key infrastructure.

Olowo said Lagos’ Debt Sustainability Ratio to the State’s GDP is currently at 17.8 per cent, which is well within the permissible benchmark set by statutory regulators – Federal Ministry of Finance (40 per cent) and World Bank (30 per cent).

He said the current administration remained committed to effective financial risk management, while leveraging partnership with the private sector towards achieving the development agenda of the State Government.

The Commissioner disclosed that the Government would be reviewing some of its overheads downward to save money for capital expenditure, while also revealing the move to widen the tax net by mapping informal sector clusters.

Olowo said the State Government would be operationalising the fiscalisation of hotel occupancy, restaurant consumption tax, and draw a minimum of one million additional taxpayers into the State’s revenue generation matrix.

This, he said, is part of the sustainable financial strategy to fund infrastructure in Lagos.