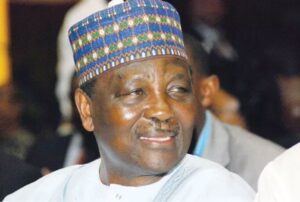 At the age of eighty- six years, General Yakubu Gowon, former Head of State and Commander- in- Chief of the Federal Republic of Nigeria, is among the country’s leading statesmen.

A natural leader, his leadership and human management endowments came to the fore when, as a result of the political crisis that engulfed the country in the mid-1960’s, Gowon was appointed Head of State and Commander-in–Chief of the Armed Forces and had to prosecute the Civil War that broke out.

The civil war came to an end in 1970 and like the statesman he is, General Gowon proclaimed a policy of No Victor, No Vanquished and ensured that the country continued to function as a single entity.

As a military leader of Nigeria, Gowon governed with even-handedness and fairness. Nigeria enjoyed economic prosperity and peace. One of General Gowon’s lasting legacies was the founding of the Economic Community of West African States, ECOWAS. He founded the sub-regional organization with the help of his friend and fellow Head of State, Late Gnassingbe Eyadema with the full cooperation of other West African leaders at that time. Among other things, he also founded the National Youth Service Corps (NYSC) as a tool to cement national unity.

Though General Gowon left office in 1975, he has remained relevant in Nigeria’s political, economic and social life as his views are readily sought by his successors in office.

He is the Founder and Chairman, Yakubu Gowon Centre for Development Studies, University of Jos, Plateau State. He is also the Founder and Co- coordinator, Nigeria Prays, an organization he put together to help Nigerians to explore the power of prayer and supplication in our national life.

Thus, as General Gowon celebrates today (October 19) with his friends, family and associates and indeed all Nigerians, we wish him joyful celebration and many more happy and healthy days ahead. We pray fervently that he continues to enjoy the blessings of the Almighty,as the good people of the country, Nigeria which he fought to remain one as a youthful military officer, rejoice with him.