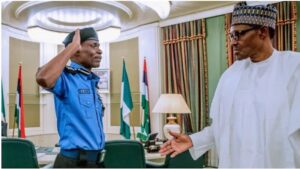 The federal government has signed a Memorandum of Action (MOA) with the National Association of Resident Doctors (NARD) geared towards averting the planned nationwide strike of resident doctors billed to commence Thursday, April 1.

Both sides reached an agreement Wednesday night to shelve the strike ultimatum, while the leadership of NARD will receive a clean copy of the detailed Memorandum of Agreement (MoA) indicating new timelines for addressing their grievances.

As part of its show of good faith, the federal government gave an undertaken to start the implementation of the MoA with payment of arrears of salaries and allowances beginning from today.

According to a statement by the Deputy Director, Press and Public Relations, Charles Akpan, the agreement was signed midnight on Wednesday after a marathon meeting between the government side and the leadership of NARD at the office of the Minister of Labour and Employment, Senator Chris Ngige.

He said the meeting, which lasted seven hours, deliberated on the issues raised by the aggrieved doctors in their Notice of Trade Dispute including the non-payment of salaries of some house officers, non-recruitment of house officers, abolishment of the bench fees for doctors undergoing training in other hospitals, and non-payment of the National Minimum Wage and hazard allowances.

According to him, Ngige assured NARD that all the things written in the MOA will be implemented.

He said: “Twelve hours is a lot of time. Everybody will be working. Medical and Dental Council of Nigeria (MDCN) will be working. And hopefully by tomorrow, you will experience the payment as agreed here for the second category of doctors (an overflow of the MDCN quota). We hope it must happen tomorrow and continue.

“So, by the time the chairman of the CMDs comes up with his final list and harmonise it with MDCN, we won’t have issue anymore over this payment or whether some doctors have not been paid.”

With regards to other issues raised by the doctors at the meeting, Ngige explained that timelines have been put on them — the reason why they were going to reconvene in one month’s time to look at the assignments given, to know who performed and who has not performed.

“And with this MOA, we hope you get to your members to let them understand better that government has moved proactively to address most of the issues ahead of your coming,” it said.

The statement quoted the minister as saying that what the government side has done meant that it has arrested the impending industrial dispute of the doctors and the issues in contention being addressed.

“We are happy that you understand. So, I give you assurance that most of the things written here will be done. We will assist the Federal Ministry of Health (FMH), Finance Ministry and Office of Accountant General of the Federation (OAGF) to make sure that they keep to their own side of the bargain.

“The MOA says that you will talk to your people and we hope that when you come to collect your own copy tomorrow, you can tell the nation that you people are not strike mongers and that you are happy with the decisions taken so far,” Ngige added.

Other members from the government side at the meeting included the Permanent Secretary, Federal Ministry of Health, Abdulaziz Mashi; his Labour and Employment counterpart, Peter Yerima Tarfa; and representatives of the OAGF, MDCN and the National Salaries, Wages and Incomes Commission.

PUBLIC REMINDED THEY MUST STAY OUTSIDE WHEN MEETING OTHERS TO REDUCE THE SPREAD OF COVID-19
Previous Post
NEXIM Shifts Focus to Women, Youths, SMEs with N10bn Seed Fund
Next Post
You May Also Like