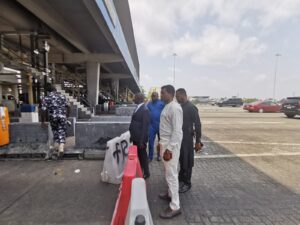 A Non-Governmental Organization (NGO), the African Children Talent Discovery Foundation (ACTDF) in Collaboration with Nigerians In Diaspora Mentoring Corp NidMeCorp. and other civil society organizations had concluded their Nationwide Reconciliatory visits to troubled states as a result of the recent civil unrest which was a fallout from the #endsars protest nationwide that led to loss of lives and properties in some part of the country in Lagos.

In their visit to Lagos state which is the first point of call due to the Lekki Tollgate incidents, the group met with various groups to find a lasting solution to the issues that were played up as aftermath of the #Endsars protest.

The group which started with the entertainment industry had meetings with different stakeholders in the industry focusing on social media influencers and community stakeholders where views and opinion on how best to resolve the current situation and to create a lasting relationship between the government and the citizens led by the youths across the country was extensively discussed. 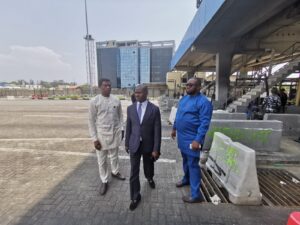 The initiators also met with faith leaders and visited places of interest to the #ENDSARS protest. At Lekki toll gate saw the damaged gates and spoke to few security personnel at the place.

Founder, ACTDF Engr. Noah Dallaji Speaking to Newsmen said, “for the sake of our dear nation and collective wellbeing and to avoid further damage to lives and property, we, as an independent NGO, embarked on this physical visitation to the various affected places, interacted with our fellow citizens who are adversely affected by the crisis. We need to be better informed beyond the reported cases.

” This is basically a humanitarian endeavour and is in line with our founding vision, which will also help us to meet witnesses and hear from them, what they saw, experienced and conversed with available stakeholders to learn from them which we will share with the relevant authorities. 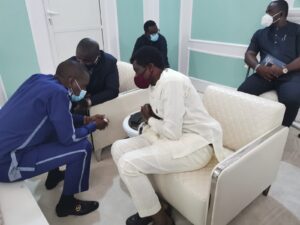 ” we are persuaded to speak now as a public spirited organization to call for an end to further destructive actions by the youths.
” We urgently want them to embrace peace towards a true healing of the wounds and national reconciliation.

” As a non-governmental organization (NGO), the African Children Talent Discovery Foundation (ACTDF) is very much concerned about the spate and extent of the recent destructions with threats to national peace, cohesion and stability.

” We are, therefore, speaking as genuine patriots with track record of service to humanity to urgently intervene as independent body routing for national reconciliation because we can no longer afford further negative actions threatening disintegration, chaos and breakdown of law and order in the country.”

Engr. Dallaji stated further that the situation as it is now transcends the call for action, implementation, monitoring team to make sure the deliverables and or promises are implemented. 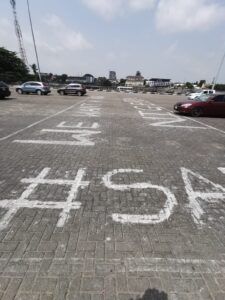 ”We reiterate that the voices of our youths have been heard loud and clear as President Muhammadu Buhari stated in his national address and we urge that a genuine healing and national reconciliation take position now without further delay.” added Engr Dallaji.

Speaking further, the Mentoring Commandant of Nigerians in Diaspora Mentoring Corp, MC Alistair, said, ”we joined and contributed to this initiative as partners for development and want to see all stakeholders, law abiding and descent citizens of Nigeria keying into it. We only have Nigeria, bless with diverse resources and only us can salvage and make it peaceful for all, habitable and productive. Our lives and properties matters.”

The meetings were adjudged successful in the right direction, a big learning curve and an outcome both sides if known and available can work with for the benefit of Nigeria as a great country.

Other Civil Societies on the initiative includes IMAfrica and ME Foundation.