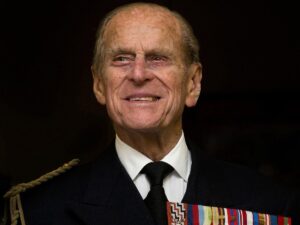 Buckingham Palace has announced the passing of the Duke of Edinburgh and husband of Queen Elizabeth II, Prince Philip. The father of Prince Charles and grandfather of  Prince Williams and Prince Harry died on Friday at Windsor Castle in England. He was aged 99.
Before his death, he was hospitalised but later discharged. Over the years, he has suffered different ailments.  In January, the Prince and the Queen received their first doses of coronavirus vaccine.
A regular companion of the Queen at royal events, Prince Philip finally stepped away from public life in 2017 and only attended his grandson Harry’s wedding in 2018. His death is coming on the heels of the latest racial allegations against the royal family by Harry and his wife Meghan.
Prince Harry married Queen Elizabeth on November 20, 1947 at age 26. Elizabeth was 21 at the time and Britain was just recovering from World War II.