Customs Intercepts 866 Bags of Foreign Rice, and Some Others in Katsina 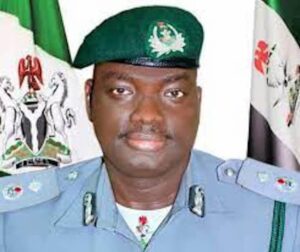 The Katsina Area Command of the Nigeria Customs Service (NCS) has intercepted 866 bags of parboiled foreign rice and other contraband worth N58.6 million from smugglers between March 24 and April 8.

The Acting Customs Area Comptroller, Mr. Dalha Wada Chedi, who disclosed this yesterday in Katsina, while briefing journalists, lamented that in spite of government’s efforts toward tackling smuggling, some unpatriotic Nigerians had continued in the evil act.

“Others are 40 gas cylinders of 50kg each. Four vehicles used to convey the goods were also intercepted with two other used vehicles. All the intercepted items valued at N58,566, 300.00”.

According to the acting comptroller, the successes recorded were as a result of designed and implemented strategies and anti-smuggling drive against the activities of deviant smugglers in the state.

Chedi explained that the renewed synergy among different components of anti-smuggling unit in the state also assisted the command in countering the activities of smugglers within the command.

While calling on the public to cooperate with the service to succeed in its anti-smuggling crusad, he urged the people to take advantage of the various federal government intervention programmes and key into it for a legitimate means of livelihood instead of smuggling.