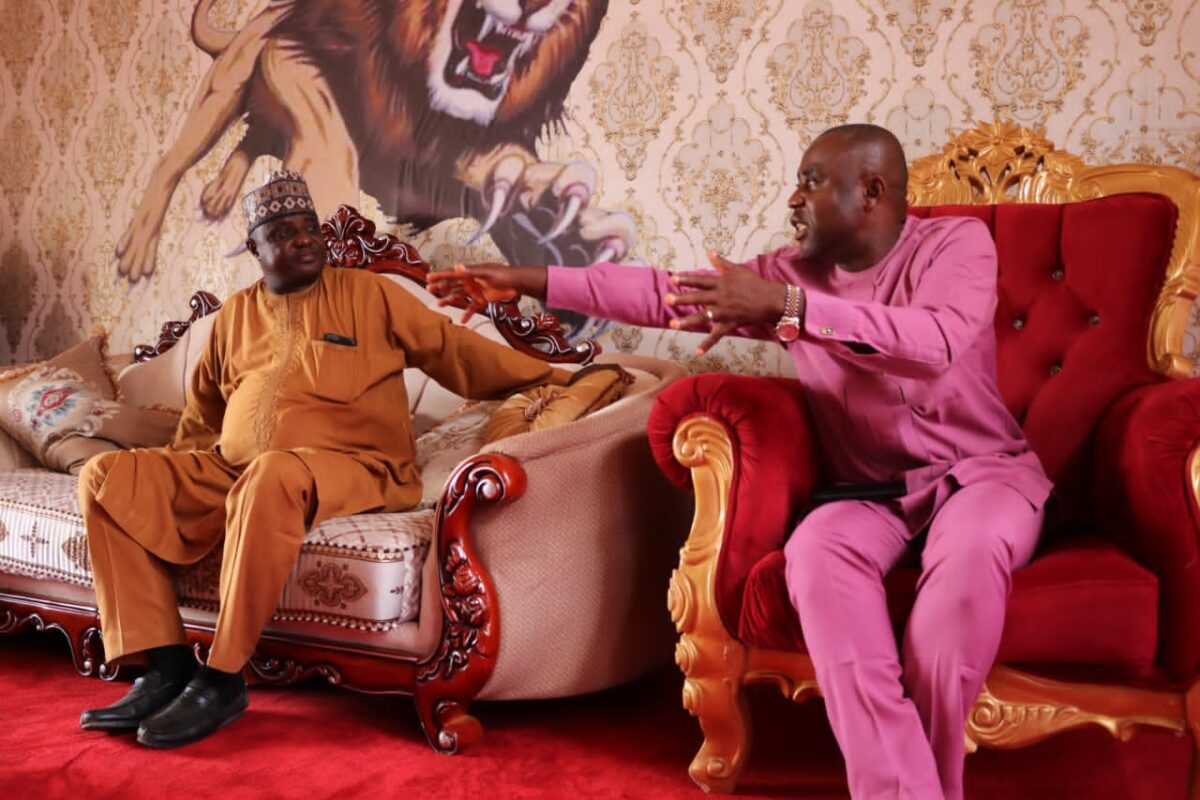 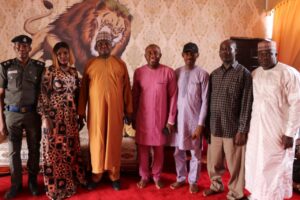 FCTA Team in a group Photograph with the Karu Chief

As the City Sanitation troop of the Nigeria Federal Capital Territory Administration FCTA Lands in Karu – Jikwoyi , Kurudu Expressway soon, The Paramount Traditional Ruler of Karu Community, who is also the  Sa’Karuyi of Karu,  HRH Emmanuel Kyauta Yepwi  has thrown his weight behind the  planned comprehensive clean up of the Karu- Jukwoyi Road axis

The Sa’Karuyi who received top Officials of the Federal Capital Territory Administration (FCTA) over the weekend, expressed hope that total removal of attachments to  shops and other illegal structures in area,  would help in reducing the protracted traffic gridlock on that road axis.

Yepwi however, urged the team to ensure that the clean up exercise was done in accordance with appropriate rules and regulations.

While he pledged his support to the team, he also said his palace would nominate trusted youths of the community who will help to make the exercise seamless.

According to him, ” I support you because when the places are cleared,  you will easily see whatever is happening, and that helps security. When you come i will appoint some people because there are other places that need to be cleared. Change is not easy,  but is the best. Tell the Minister that I am supporting it”, Yepwi added

Also speaking during the visit, Senior Special Assistant on Monitoring, Inspection and Enforcement to FCT Minister, Ikharo Attah said there was no going back on the planned comprehensive clean up exercise along the Karu-Jukwoyi road.

Attah explained that the exercise would entail total removal of illegal attachments to shops along the road, as it has it has contributed maximally to traffic obstructions.

While he bemoaned the speed with which Scavengers were rebuilding their demolished illegal colonies around the community,  he has vowed to keep them in check, until sanity was completely restored.

Attah added that the illegal shanties springing up along the road were defacing the environment,  and have no place on the developmental plans of FCT.

In words,  ” We enjoy strong political Will of the Minister,  Malam Muhammad Bello on the planned removal of all illegal structures along the road,

” Very sadly the baban bola settlements,  where we cleared 7 days ago has almost been fully rebuilt. This time around we are taking more drastic action

” People want to live by the road and paint Abuja in a very bad light, also create extreme clusters where criminals will go and hide, that will not be allowed.

” FCT Minister wants the clean up to speed up, we are also working in collaboration with the Department of Parks and Recreation,  to green all the empty spaces”.