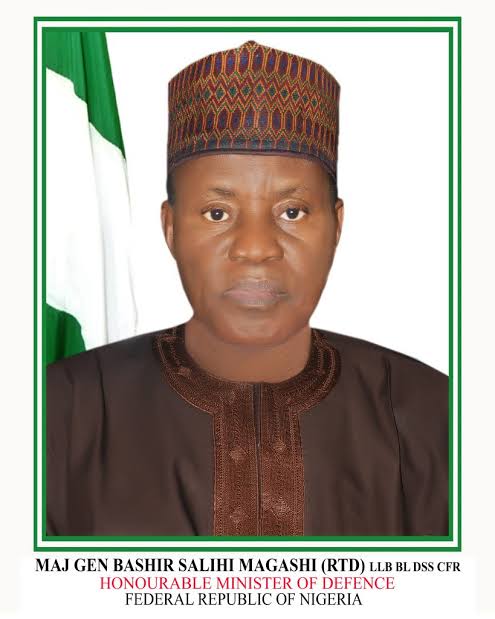 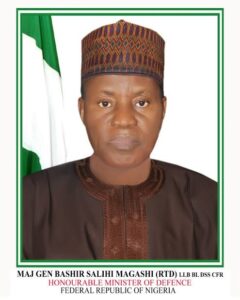 As the political uncertainties in the Republic of Chad continues, The Nigeria Government has said that all hands are on deck to make sure fallout of that development that led to the death of the Chadian leader is not felt in Nigeria especially around Neighbouring States of Nigeria.

Minister of Defence Major General Bashir Magashi Rtd while fielding questions from State House Correspondents during the 7th edition of the Special Ministerial Briefings coordinated by the Presidential Communication Team at the Aso Presidential Villa Abuja has admitted that the absence of Chad’s influence on the border may worsen Nigeria and other neigbouring countries security situation.

in his words, ” When we heard of this unfortunate killing of the Chadian President, we know that problem is bound to be created among neighbouring countries and Nigeria will be most hit by his absence. If there is insecurity in Chad, there will be problem, but thank God, a lot of military activities with the Chadian, Niger, Cameroon, were all that concerned. So, in the name of multinational joint taskforce, all these countries including Chad are contributing countries for the operation. What we hope is that very soon, we will find a secure for the continuation of this thing.”
” We are beefing up security in our borders to ensure that no bandits come into Nigeria after the killing of Chad President All we have prayed is that African countries will find a solution to the problem of Chad.”

Speaking Further The defence minister also said the current attacks on police formation in the southeast is an affront on Nigeria’s security architecture and warned that such would no longer be tolerated.

He added that the killers of 12 soldiers in Benue State will be brought to book saying: “Whoever touches the military has no regard for this country.” adding nine of 12 weapons belonging to the murdered soldiers have been recovered, and arrests are being made.
Minister of Defence Maj. Gen. Bashir Magashi(rted) disclosed.