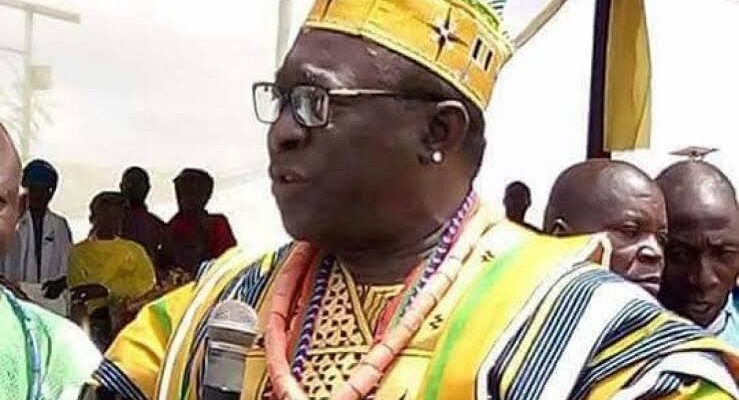 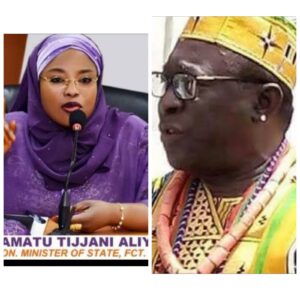 According to a statement released by her special Assistant on Media Austin Elemue, The monarch died on Thursday morning at  Wada hospital, Abuja. However, in a condolence message personally signed by the FCT Minister of State, Aliyu described the paramount ruler as a dedicated tutor and mentor who has inspired many in the discharge of his traditional duties.

The letter reads in parts: “It is with great sadness that I learnt of the death of our royal father, “Agaba Idu”, His Royal Majesty, Michael Idakwo Ameh Oboni II, The Attah of Igala. He was a true king who served his subjects and the descents of Kogi State with love and distinction.

“My deepest sympathies to the Government and people of Kogi State especially the Igala kingdom for this great loss. I pray that in this difficult time, the love of God shelters you and mend the pain as you move the state forward.

“They say there is nothing so kingly as kindness, and nothing so royal as truth, these are few out of the other good qualities of the Late Attah. The Agaba Idu as he was fondly called by the Igalas was known to be very supportive, his prayers and blessings have kept me going even before and after my appointment as the Honorable Minister of State, FCT. His love for his people knew no bounds, he held the kingdom dear to his heart, displayed obvious care for all of his subjects, and he took action to make their lives easier. Indeed, we have lost a humane King.

“On behalf of the FCT Administration and my entire household, I wish to convey to the family of the our beloved eminent king, most especially his wife who has been a pillar of support to him before and during his reign, I also wish to condole the people of the Igala Kingdom for this great loss. Please accept my heartfelt condolences”.