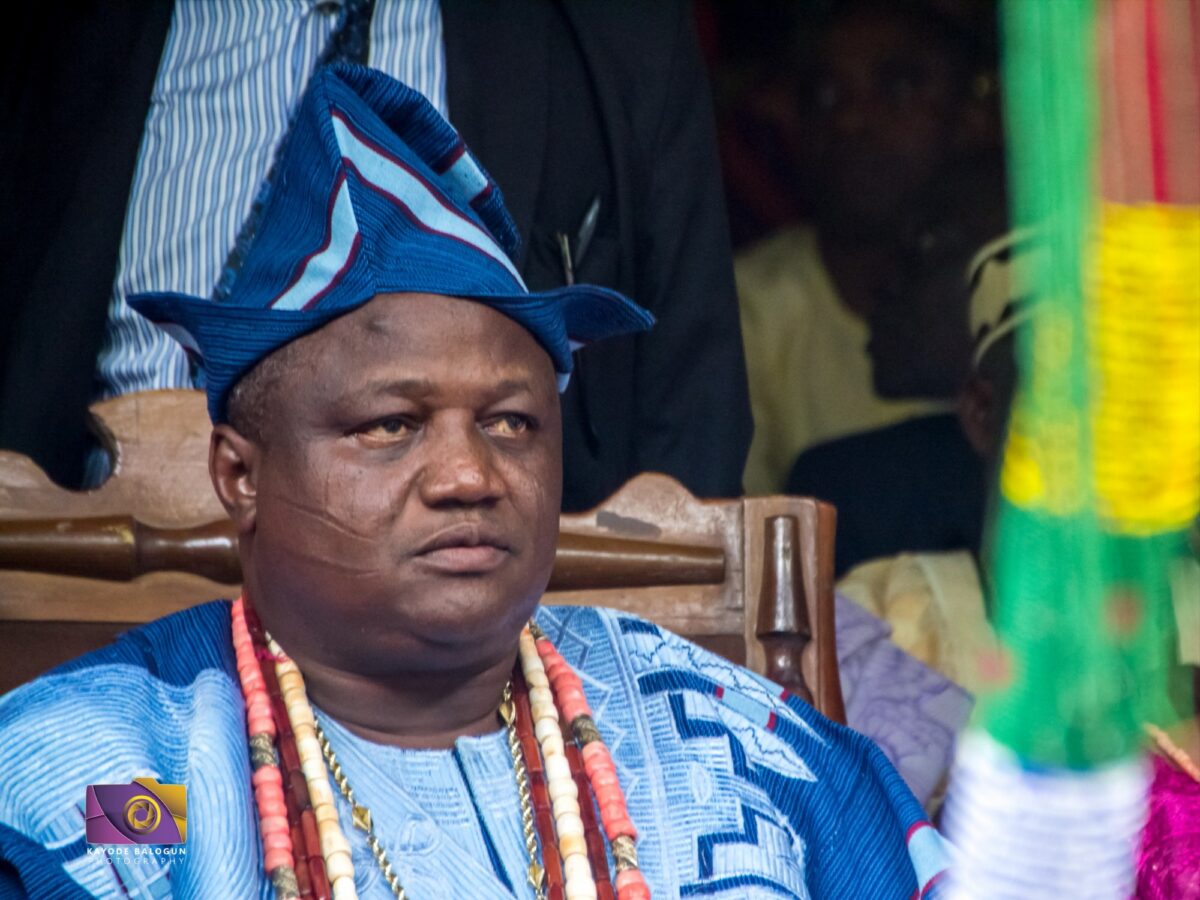 The Ataoja of Osogboland, His Royal Majesty, Oba Jimoh, Oyetunji (Olaonipekun Larooye II) has announced dates for the activities lined up to mark the 2021 edition of the Osun Osogbo Festival; an over 600 year old international heritage cultural tourism event celebrated as the annual sacrifice to the Osun River Goddess.

A statement released by the Managing Consultant to the Osun Osogbo Festival, Toye Arulogun, on Monday said that the Ataoja of Osogboland has announced that the two week long festival will commence on Monday the 2nd of August 2021 with the traditional cleansing of the town called ‘Iwopopo’, which is followed in three days by the lighting of the 500-year-old sixteen-point lamp called ‘Ina Olojumerindinlogun’.

The statement further disclosed that Monday 9th August 2021 is scheduled for ‘Iboriade’, a unique assemblage and display of the crowns of the past Ataojas of Osogbo, for blessings, explaining that this event would be led by the sitting Ataoja of Osogbo, the Arugba, Yeye Osun and a committee of priestesses.

According to the statement, “Friday 13th August will witness the grand finale which is the sacrificial offering by “Arugba” at the Osun Osogbo Sacred Grove inscribed as a UNESCO World Heritage Site in 2005.

“Other activities of the festival which are of immense benefit to the tourism sector of Nigeria include Ifa Arugba, Orun Odo, Ajigun, Ifa Agbalu and Ifa Dida.

“The Osun Osogbo Festival is the biggest annual religious festival among the Yoruba people and serves as a strong unifying factor for indigenes of Osogboland, during which irrespective of the different social, economic, religious and political convictions of the people, they all come together annually to celebrate the festival.

“During the 2021 edition of the Osun Osogbo Festival, local and international worshippers, devotees, spectators and tourists will observe all Covid 19 protocols as was done during the pomp, pageantry, drumming, singing, dancing and celebrations of the 2020 edition,” the statement added.