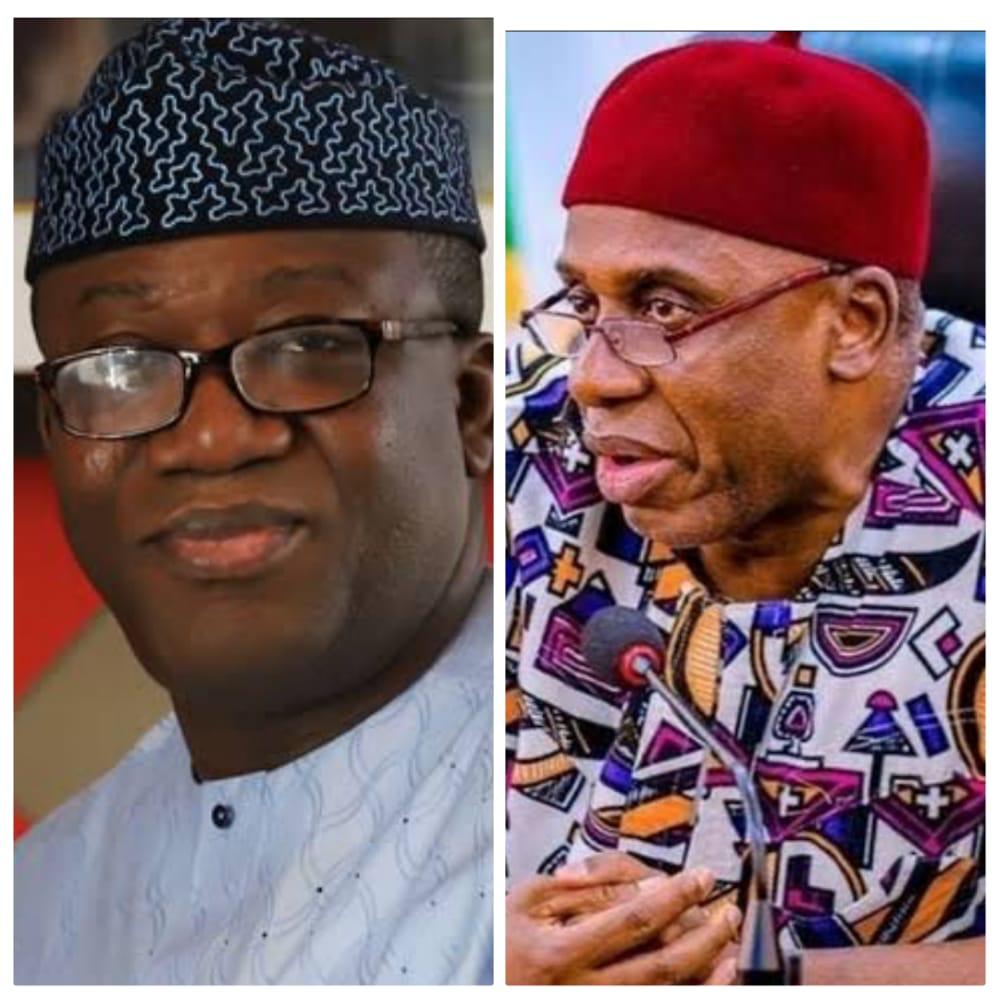 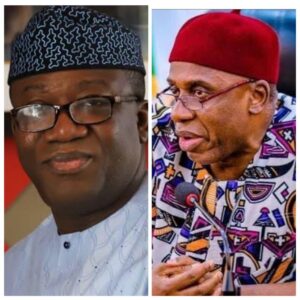 A few hours before the commencement of voting at the presidential convention of the All Progressives Congress (APC) tonight, governors of the party, have begun to consider the possibility of pruning down the initial list of five to Governor Kayode Fayemi of Ekiti and the former Minister of Transportation, Rotimi Amaechi.

The governors had earlier taken five names to President Muhammadu Buhari for consideration ahead of the convention, but the president directed that they should further prune down the list to two or three people so it would be easier to manage.

But in view of the difficulty the governors have had in pruning down the names, sources claimed they had come to the conclusion that since Tinubu and Osinbajo from the Southwest have had the most bitter rivalry, then, it would be difficult picking one at the expense of the other.

To that extent, the governors, the source, hinted, resolved to ask the two leaders to stand down and allow only Fayemi emerge from the Southwest, the same way they arrived at yanking off the name of a former governor of Ogun State, Ibikunle Amosun from the current consideration.

With this, the governor, the source explained, would leave them with the option of Fayemi, as the aspirant from southwest to face, Amaechi, who has emerged as a compromise candidate for both the Southeast and the South-south.

According to sources, Amaechi’s emergence has been made easier by the decisions of many people in the zones to either stand down from the race or showe little or no more interest as a result of the state of things.

The only person in the race that could challenge Amaechi, the source said, was Umahi, whom they eventually argued would be unable to displace the former Rivers governor, having newly joined the party.

These new twists, the source, claimed were the resolutions that the governors planned to announce before voting commences tonight at the Eagle Square, Abuja.

But the governors, however, warned that if the aspirants from the south refused to yield to their suggestions and everyone was forced to go for election – the whole 23 – then, the south should not blame anyone if the tickets fell into the hands of a northerner.

Olu of Warri Presented With Key to the City of Brampton.
Previous Post
UBEC begins 2022 headcount of teachers, pupils, others, says exercise to gulp N2bn