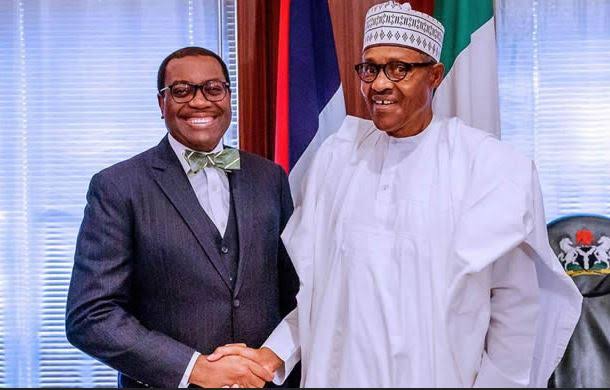 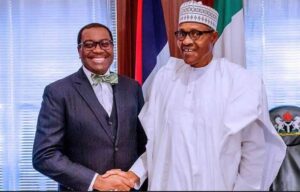 On behalf of the Federal Government and entire people of Nigeria, President Muhammadu Buhari felicitates with President of African Development Bank (AfDB), Dr Akinwunmi Adesina, on his re-election for a second term in office as president of the Africa Development Bank.

According to a statement by the Special Adviser on Media and Publicity to the President Mr. Femi Adesina, The news of the victory came during the National Council of State meeting, which was attended by former Heads of state, Senate President, former Chief Justices of Nigeria, Governors, Ministers, and senior government officials. 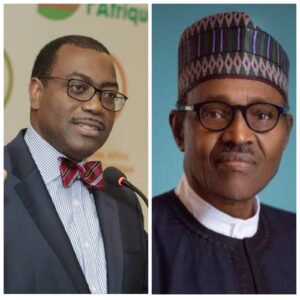 As Secretary to Government of the Federation, Mr Boss Mustapha, announced the good news, President Buhari led a round of applause, and declared: “He deserves it and Nigeria and Africa are honoured by the victory which is a testimony to his hardwork and commit to the development of the continent.”

The President extends appreciation to the African Union for its endorsement of the AfDB President much earlier, and to shareholders of the bank and the international community as a whole who worked tirelessly to ensure the return of the visionary leader.

President Buhari believes Dr Adesina’s versatility, experience at both national and international engagements, will be further deployed to energize the pan-African financial institution, urging him to remain focused and steadfast in pursuing the noble goals of making life better for Africans through various development plans, already captured as High 5s.

The President rejoices with family, friends and professional colleagues of Dr Adesina over the re-election, while commending members of staff and Board of Governors of the AfDB for their consistent support for the former Nigerian Minister of Agriculture and Rural Development, and his management team.