Action On Blood is inviting aspiring actors and young filmmakers from black and mixed race backgrounds to participate in a Nollywood-style film production about sickle cell disease and the urgent need for black blood and organ donors.  The project is one of 35 community projects in England that received Government funding through the BAME Community Investment Scheme led by NHS Blood and Transplant, to address the urgent need for more lifesaving blood and organ donors from black, Asian, mixed race and minority ethnic backgrounds.

Focusing on Black African and Caribbean people, Action On Blood is producing a

Nollywood movie to highlight the need for donors and incite conversations that can change attitudes and hopefully behaviours. 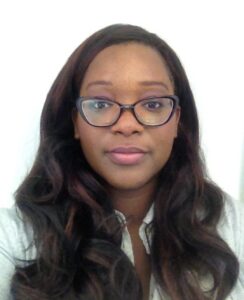 Abiola Okubanjo, CEO & Founder of Action On Blood, says: “Our goal is to use the power of film and specifically the melodrama of a Nollywood movie to engage with people and get them talking about these issues that really affect people in our community but we never discuss.  We will tell the story of someone affected by sickle cell disease and show audiences what it’s really like to be dependent on the generosity of strangers to keep you alive and well.”

Sickle cell disease is the fastest growing genetic disorder in both the UK and the wider world, and the one that affects people of Black heritage the most.  There are approximately 15,000 people in the UK who have sickle cell, with many of them requiring life-saving blood transfusions. For those reliant on regular transfusions, it is essential that they receive blood matched as closely as possible to their own.  People from black African, black Caribbean and mixed heritage backgrounds are more likely to have the rare Ro blood subtype that is vital for sickle cell patients.  Whilst more black people are becoming regular donors, there is still a shortage – currently only 1.5% of donors in England are Black.

As people with sickle cell are also more at risk of multiple organ failure, they also need more black people to become organ donors.   In the UK there is currently a disproportionate percentage of people from Black, Asian or minority ethnic backgrounds on the organ donation waiting list compared to the percentage of these minorities in the population.  Due to this shortage of suitably matched donors, Black patients often have to wait significantly longer for a successful match than white patients.

Okubanjo adds: “The movie will also address organ donation from a Black family’s perspective and show the interplay of their values, beliefs and relationship dynamics on what they decide regarding a family member that died suddenly.  We hope that audiences will see that whilst African expressions are often louder, more flamboyant and arguably more melodramatic, the underlying emotions are universal.”

When asked why the organisation chose to make a movie, Okubanjo explained: “We saw how Philadelphia, the 1993 film starring Tom Hanks, changed how people saw and talked about the HIV-AIDS epidemic and how it began to chip away at some of the stigma associated with that disease.  In Black communities, there are taboos about sickness, about blood and body parts, and about death and dying that need to be tackled.  From our experience working in these communities and being Black ourselves, we knew that pamphlets and public address messages can’t really get to the heart of why people think and act the way they do.  But storytelling and the collective viewing experience can unlock something on an emotional level and reveal the underlying myths, misconceptions, and fears that are really at play.”

As well as promoting blood and organ donation in the Black community, Okubanjo hopes the project will contribute to increasing Black representation in film – both in front of and behind the camera.  Currently, people of colour make up 3% of the UK film workforce, despite being 17% of the UK’s and 40% of London’s population (where the majority of that workforce is based).  That’s why Action On Blood is inviting aspiring actors and young filmmakers – particularly from Black and mixed race backgrounds – to be part of the project.

“We are telling a story about a Black person suffering a genetic condition prevalent in Black populations.  We are also asking the Black community to question their own attitudes and consider how they might be the answer to someone else’s prayers.  For the story to be authentic and resonate with the target audiences, it has to be told by Black film makers.  From the script, to the photography, the costumes, make-up, hair, set design, sound and music, the acting and even the editing, we want Black people to take on key roles and make their influence felt.”

Anyone interested in acting in the film or being part of the production crew should send their CV, outlining their filmmaking/ acting experience, and a short (half A4 page max.) introduction explaining why they want to get involved in this project and the skills and talents they can bring to it to: actiononblood@gmail.com. The deadline for applications is Friday, 7th May 2021