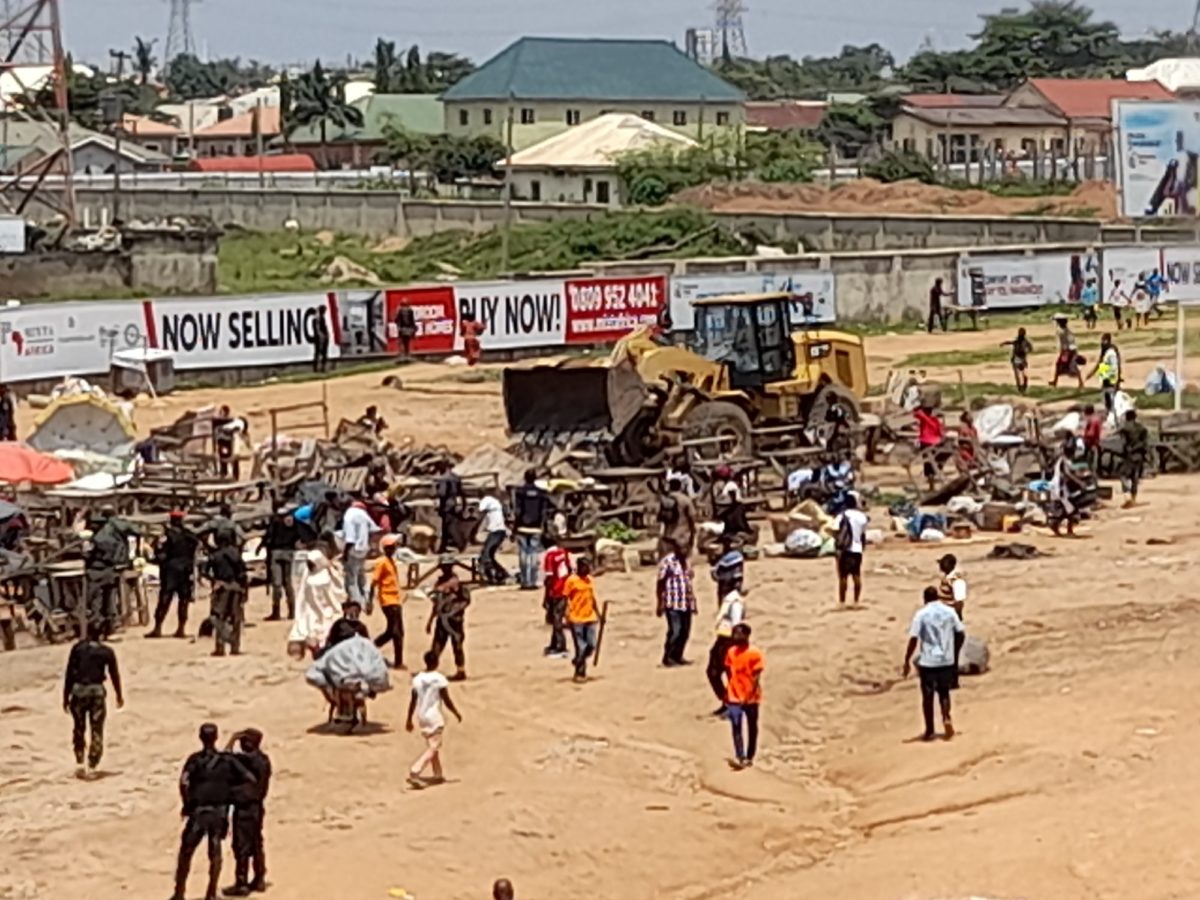 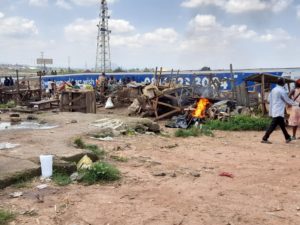 As the Nigeria Federal Capital Territory Administration continues the drive for a cleaner and better city, The FCT Ministerial Committee on City Sanitation has resumed the war against roadside trading, dislodging two illegal markets located at Federal housing junction and the popular car wash bus stop in Lugbe along the Nnamdi Azikiwe International Airport Abuja.

Over time, these markets are said to be contributing to the perennial traffic gridlock at Lugbe,  especially at peak hours of the day.

Speaking immediately after the exercise, Chairman,  FCT Ministerial Committee on City Sanitation,  Ikharo Attah said the renewed war was a demonstration of commitment to holistic Sanitation along the  Airport Expressway, being one of the most strategic gateways  to the nation’s Capital.

He explained that the gateway into the city, as well as other parts of Abuja won’t be abandoned to recalcitrant traders, artisans and their collaborators who are bent on defacing every available space, just to satisfy their personal needs.

Attah, noted that having warned the traders and other violatros to desist from recovening the illegal markets, and other economic activities in an unapproved places, the committee’s taskforce has been briefed to start arresting offenders for prosecution.

He stated that apart from the health hazard which some of  the markets, directly located under high tension  electricity towers constitutes, the environmental nuisances of the traders’ activities can’t be tolerated there.

He reinstated the FCT Minister’s resolve to continue with the ongoing Sanitation , both within and outside the city centre.

In his words, ” It is very painful that these traders have returned here, after we have dislodged them and cleaned up this place. We shall continue with the exercise,  and henceforth anyone caught violating the FCT urban and regional planning rules in this place would be arrested and prosecuted “, Attah added.

He noted that the red light zones for criminal elements have been identified around the Cashew plantation located at that junction, stating that security cleaning exercise have been scheduled to dislodge the criminals.