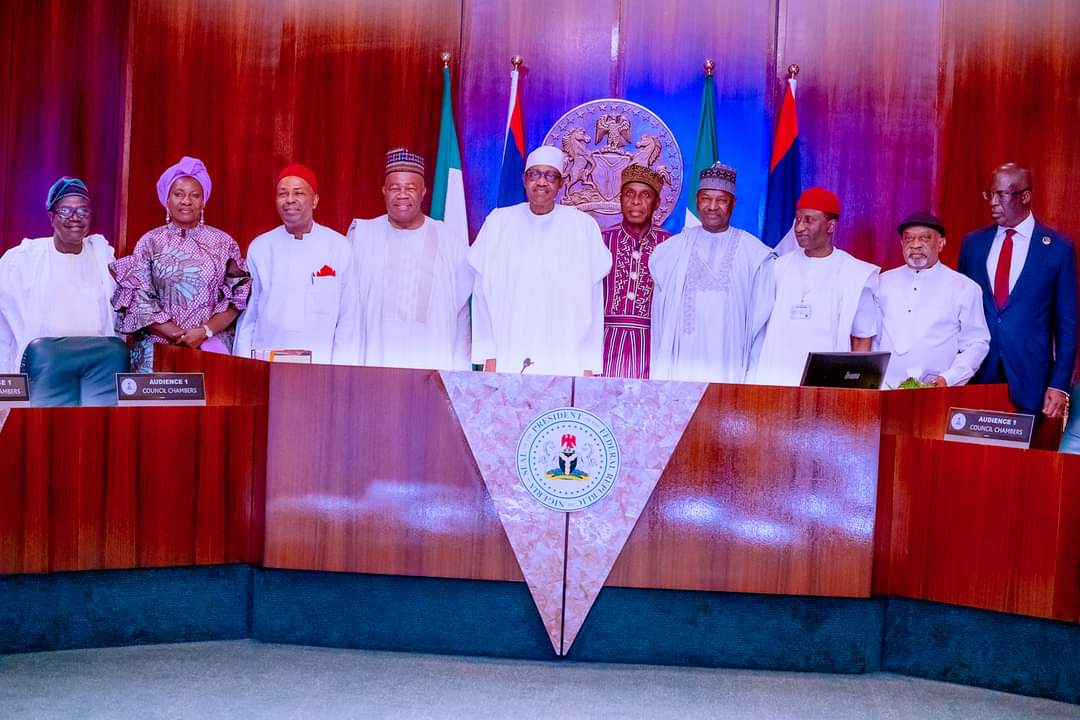 2023: You are Capable to Succeed me Buhari Tells Outgoing Ministers. 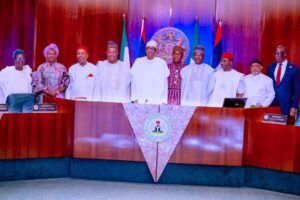 Ahead of the May 16 deadline for cabinet member interest in elective officer to resign, President Muhammadu Buhari on Friday in Abuja bade farewell to outgoing members of the Federal Executive Council (FEC), affirming that a significant number of them have been sufficiently equipped to aspire to higher elective offices, including the Office of the President.

Speaking at a valedictory session for appointees leaving the cabinet to pursue political ambitions, the President said:

”I have no doubt that if the next President emerges from among former members of this cabinet, like any other aspirant, ample competence and outstanding service delivery would be on display. This will be part of our legacies to Nigerians.”

The President, who commended the departing public officers for serving the nation sacrificially, ”with dignity and honour”, had at the last FEC meeting on Wednesday, May 11, 2022 directed that all Ministers and other political appointees who aspire to contest for elective offices in the 2023 General Elections should resign their current appointments.

”I note that some have complied while others are in the process of doing so.

”I would like to use this opportunity to commend your decision and courage to contest for elective offices and your compliance with my directive.

”I also wish to thank you for your invaluable services to this nation through your contributions as Cabinet members.

”I wish you success in the upcoming elections and in your future endeavours,” he said.

According to the statement by the Special Adviser Media and Publicity Femi Adesina, President Buhari told the ministers that looking back as the head of the team over the years, he had fond memories of incisive and robust discussions during cabinet meetings, rendering of performance reports during special sessions and presidential retreats.

”In 2015, citizens of this country overwhelmingly voted for me to become the President of this nation on the platform of the All Progressives Congress (APC).

”Selecting members of the Cabinet went through a careful process so that the best and most competent could emerge. The performance of that class of 2015 proved me right.

”In 2019, Nigerians similarly re-elected me as President. Again the selection went through another meticulous process.

”That re-election was significant because it served as a referendum on our performance during the first term and it inspired me to bring back some of the members of the first cabinet either to their old Ministries or re-assigned to other sectors.

”New Members were also brought on board to inject fresh energies, skills and ideas to enhance the execution of government’s programs and policies.

”With these and much more, I am happy to note that a significant number of cabinet members have become sufficiently equipped to aspire to higher elective offices, including the Office of the President. This shows the impact of the experience gathered while serving as members of the Federal Executive Council,” he said.

The President acknowledged that prior to some of them joining his cabinet; they had made their marks in other areas as governors, legislators, entrepreneurs and core professionals.

He added that the experience and expertise they brought on board have significantly resulted in enormous development in various sectors and the accomplishment of government programmes.

Noting that the departure of some cabinet members has undoubtedly created a vacuum that should be filled, the President said appointments would be made without delay so that the business of governance will not suffer.

President Buhari urged the remaining members of the cabinet to show more diligence, resilience and commitment to serve Nigerians better, saying ‘‘the journey to the finish line is still very far ’’.

”Like always, there will be challenges to address, programmes to deliver and policies to implement.

”You must therefore brace up for more work and target increased accomplishments.

”The determination to leave important legacies for Nigerians should never be compromised,” the President told members of his cabinet.

The Minister of State (Education), Emeka Nwajiuba, who had earlier tendered his resignation, was not present at the valedictory session.

Speaking on behalf of the outgoing ministers, Akpabio thanked the President for giving them the opportunity to serve and contribute their quota to nation building.

He described working with the President as a ‘‘fantastic and knowledgeable experience,’’ adding that as they step aside they will continue to be great disciples of Buhari.

”I want you to know that we are going to be working closely with the Minister of Information and Culture to take your message of transformation, love, patience, administrative sagacity to Nigerians, ” he said.

The Niger Delta Minister told the President that from his interactions with colleagues leaving the cabinet was like the story of the Spanish play of ‘‘sadness and joy.’’

”Sadness in the sense that we are going to miss the continuous daily and weekly interaction with a Father and learning from him; joy because we now have an opportunity to go to the wider audience in Nigeria to speak more of your achievements for this country. ”

Lauding the President’s deep patriotism, Akpabio said he is the ”best president Nigeria could ever have had at a time of difficult circumstances.”

He prayed God Almighty to grant the President a successful tenure and protect his family, adding:

”May one of us succeed you in order to continue the good legacies you have laid on ground. We have seen and know your vision. We know where you want the country to be.”