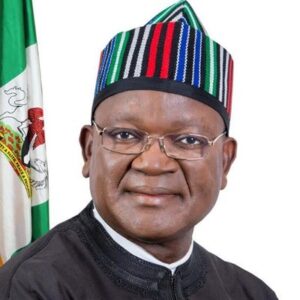 Governor Samuel Ortom of Benue state has threatened to sack any of his appointees found engaging in covert political activities and campaigns ahead of the 2023 general elections. He cautioned that he would not tolerate any act of distraction from his appointees when the people were in dire need of good governance and service delivery advising those not willing to adhere to his directive to resign. The Governor who spoke yesterday in Makurdi said the task before the government was enormous stressing that the remaining two and half years should be dedicated to service delivery and not unnecessary politicking. He said “It will be unfair to Benue people at a time like this when the level of insecurity is high and we are faced with potential famine because of the early stoppage of the rains in the last cropping season as well as the economic downturn occasioned by the recession that the country is faced with for anyone in my government to engage in politicking. “I started my second term just about a year and six months ago and some persons are beginning campaign activities? I will not have any of that. “Some persons even started a campaign for president for me and I warned them to stop it forthwith because I am not interested. I do not want the distraction. How can I have two and half years as Governor and start looking at something not tenable? “It will be likened to that foolish dog that took a bone and while crossing the bridge saw the shadow of a big bone in the water and he hurriedly dropped the bone he had and went after the bigger ones in the river only to end up drowning. I do not want to be that foolish dog “I am not interested in any future election, for now, I have two and half years to work and to deal with the challenges we have in the state today and to also add value to the development of the state. “Likewise all those who are in my government that has indicated interest to contest in the 2023 election, I have decided to ban all forms of campaign activities. Because doing that will be unfair to the people of the state. “Instead of working hard to give them dividends of democracy, you are busy talking about 2023 politics which is still a long time. So as of today non of my appointees is allowed to talk about contesting or even campaign for another person. If you must do that, I demand a resignation letter from you,” he added.