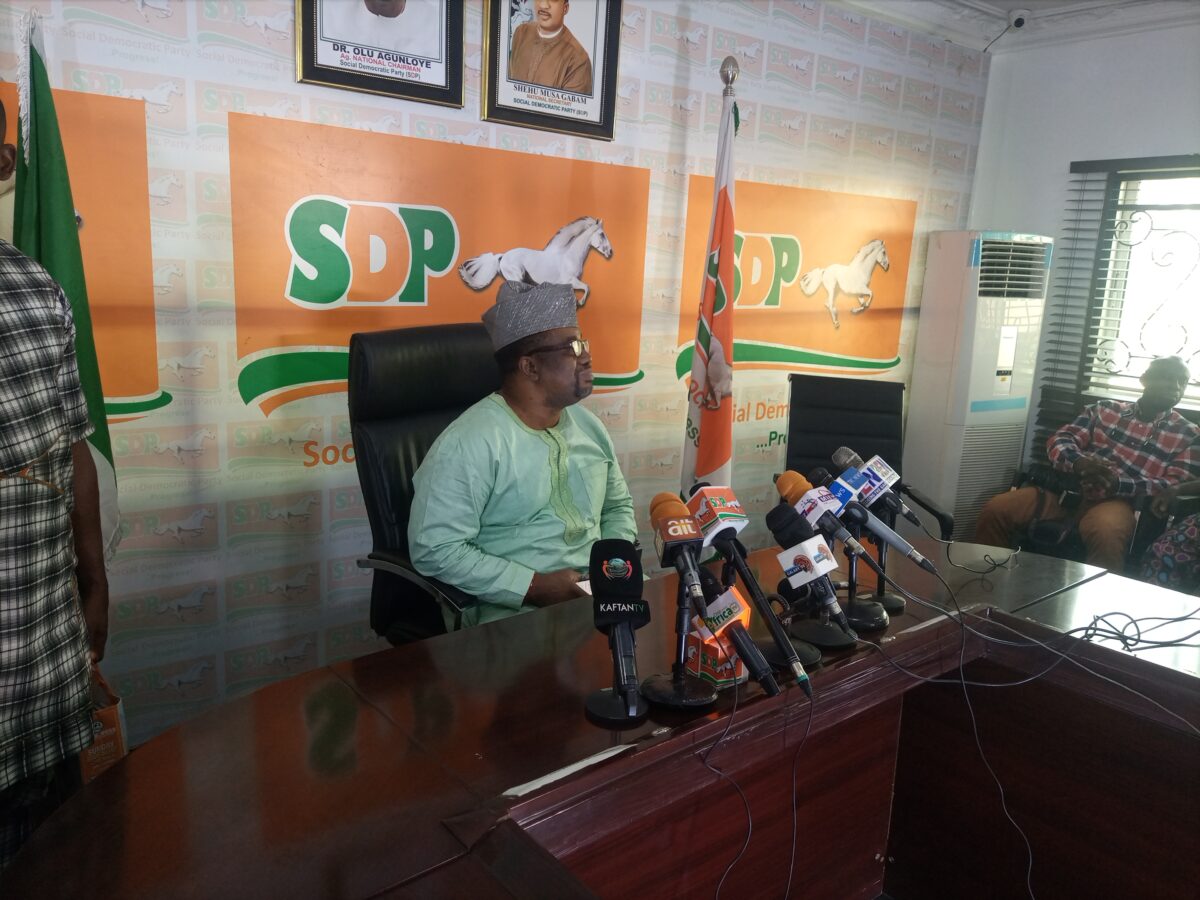 2023: I Will Implement Budget Close To 100%: Says Presidential Aspirant 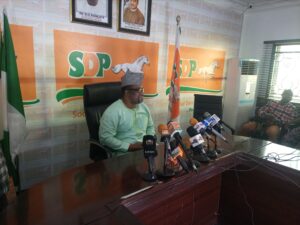 As the Race for the 2023 General elections in Nigeria Continues to gather momentum, A Presidential Aspirant under the platform of the Social Democratic Party (SDP), Prof. Femi Olufunmilade, has promised 100% budget implementation if elected as Nigerian President come 2023.

Prof. Prof. Femi Olufunmilade made the promise on Monday in Abuja at the National Secretariat of the Social Democratic Party SDP, When he came to submit his letter of intention to contest for The Office of the Nigeria President come 2023 under the party’s platform.

He started clearly that one thing he will bring onboard if elected is a promised to implement budget close to 100% with a website where citizens can monitor budget implementation.

Prof. Olufunmilade, who expressed concerns over the downturn of economic realities in the country which has been made worse by the rising insecurity across the nation said the major cause of separatist agitations in the country; was as a result of government’s non adherence to the principles of federal character as enshrined in the Federal Character Act. Which was designed to cater for the interest of all Nigerian citizens.

According to him, ” I prefer prevention of corruption to tackling corruption. And there will be a national award to the person that exposes the biggest fraud.’

On insecurity he said he has developed a policy strategy which was adopted by the military under former Chief of Army Staff, General. Tukur Buratia. And that if it is well implemented, the Nigerian security outfits will completely defeat the insurgents.

On his part, The National Chairman of the Social Democratic Party SDP, Olu Agunloye said, Prof. Femi Olufunmilade, an aide to late former Minister of power and steel, Bola Ige Is a known person to him and that he’s a man of principles.

“We have confidence in Femi. he’s a man principles.”

He also said that the SDP stands for a new Nigeria with where the old things would not be done with the hope of a new Nigeria.

“SDP stands for a new Nigeria, a new model. Because we don’t want to continue to do old things and expect new results.”

In a related development, The Social Democratic Party National Publicity Secretary, Rufus Aiyenigba has started in clear terms that the Dr. Abdul Isiaq was duly suspended and lacks the authority to convene a National Executive Committee (NEC), meeting. And that all the party structures are intact.

This statement is sequel to the National Executive Committee meeting the suspended Isiaq convene recently.

According to Aiyenigba, “All party structures are in place and the Deputy National Chairman North, was duly suspended on January 15th 2022.”

He listed some of the reasons why Ahmad Isiaq was suspended as contained in the letter the party wrote to the Independent National Electoral Commission (INEC), the Department of State Police (DSS), and the Nigerian Police to include: “Dr. Abdul Isiaq, erstwhile Deputy National Chairman North of the SDP, has no authority to whatsoever to call a National Executive Committee (NEC) meeting without the approval of the National Chairman, Olu Agunloye or the National Working Committee (NWC).

And that all the actions taken be Isiaq were taken while he was still suspended.
“Dr. Abdul took these untoward steps at a time he was under suspension. He was suspended from the party for gross misconduct and fraudulent acts by the NWC on 17th January 2022.

“And that the suspension was duly communicated to INEC.” He added.

The Social Democratic Party SPD is one of the oldest Political Party in Nigeria. it was one of the two Major Political Party that contested the Annulled June 12 Presidential Elections won by Bashorun Moshood Kashimawo Olawale Abiola popularly known as MKO.
The party won that election that has been celebrated as the best election conducted in Nigeria.