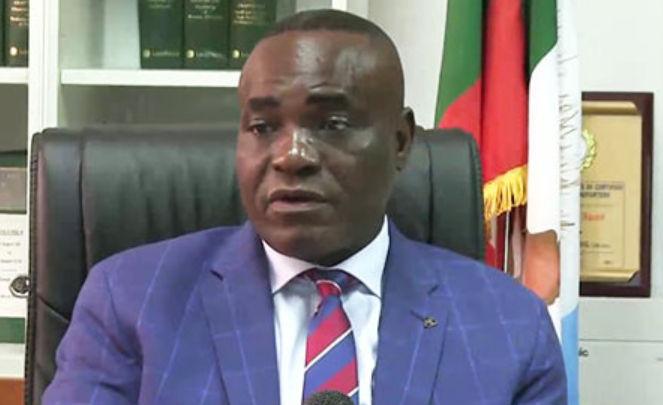 The governor, who is the Chairman of the Northern Governors Forum, obtained the Expression of Interest and Nomination forms at the national secretariat of the ruling All Progressives Congress (APC) in Abuja.

A group identified as The Plateau Legacy Group led by Rt. Hon. Yusuf Gagdi collected the forms and guidelines on behalf of Governor Lalong.

In his quest to succeed Governor Udom Emmanuel whose constitutional two-term tenure elapses by 2023, he picked up APC’s Expression of Interest and Nomination forms at the party’s national secretariat.

On hand to present the forms to the aspirants is APC National Organizing Secretary, Sulaiman Muhammad Argungu.

Both party chieftains assured the aspirants of adequate forms, dispelling fears of hoarding.