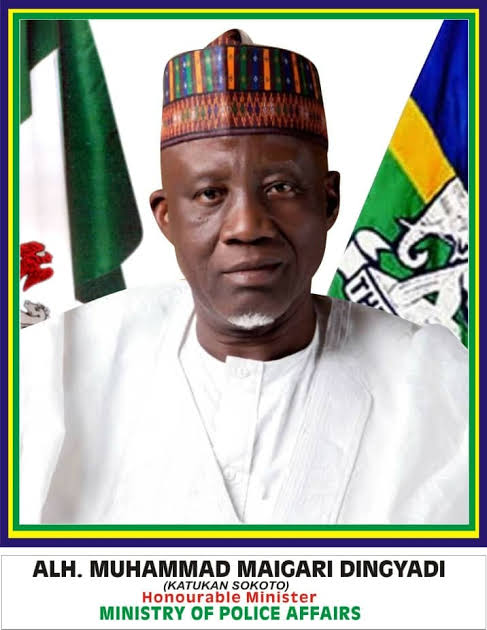 With Speculations surrounding the tenure of office of the current Nigeria Inspector General of Police IGP Alkali Baba who clocks 60 by march 1st 2023 which is the official retirement age for serving police officers , The Minister of Police of Affairs, Mohammed Dingyadi, has cleared the air that the Inspector General of Police (IGP), Alkali Usman Baba has a 4 year Tenure inline with the new police act 2020.

Responding to a question from State House correspondents after the first executive council meeting for the year 2023 on whether or not the IGP was retiring, Dingyadi said, “I don’t know where you got your record, but by the provision of Police Act 2020, the IGP is now supposed to have a tenure of 4-year period and Mr. President has given him a letter of appointment in that regard. So the issue of the IG going out during this election period does not arise.”

President Muhammadu Buhari appointed the then DIG Baba as the acting Inspector General of Police in April 6, 2021.

The Police council had confirmed him as the substantive Inspector General of Police in June 2021.