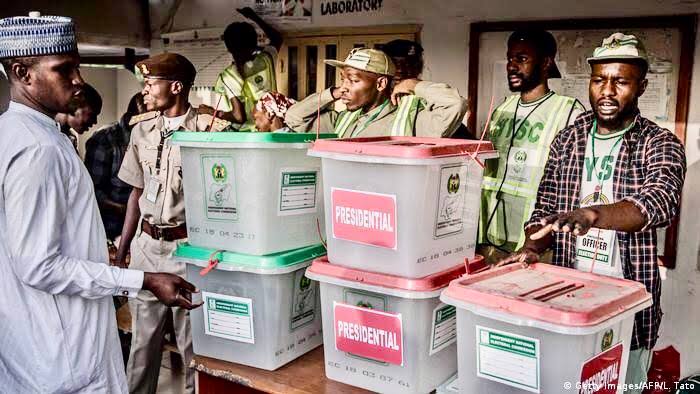 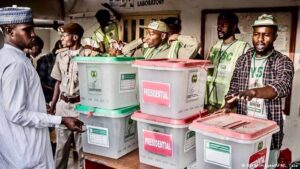 A Political Pressure Group, Nigeria Democracy Defence Watch has warned on the danger of presenting a Muslim/Muslim ticket by the All Progressives Congress, APC in the 2023 presidential election, warning that such development will not only be a threat to national stability but could also retard peace and security in Nigeria.
The group In a 7 page letter written to President Muhammadu Buhari,  said the Muslim/Muslim ticket if the ruling party goes ahead with the agenda will only portray Nigeria as an Islamic and a sectarian nation which will be ultimately resisted by the nation’s millions of practicing Christians, moderate and progressive Muslims and civic groups, ethno-cultural associations and enlightened members of the International community.
​​​​​Alhaji Ahmed Ibrahim Adamu and Otunba Adeniji Niyi Adegoke who are the National Coordinator​​​​​ and National Secretary respectively of Nigeria Democracy Defence Watch in the letter to the President titled ‘APC’s Muslim/Muslim Ticket in Nigeria’s 2023 Elections: A Threat to National Stability, Regional Peace and Security’, said it is worried more particularly, the international dimension it is taking with a recent letter by 5 United States senators to the US Senate where they are calling for readmission of Nigeria as a Country of Particular Concern (CPC) due to the worsening sectarian violence in the country.
The US Senators observed that ‘horrific acts of deadly violence have been committed against Nigerian
Christians in recent weeks, including the massacre of churchgoers on Pentecost Sunday and the stoning of a Christian college student. Sadly, such violence has become all too familiar for Christians in Africa’s most populous country.
Religious violence and intolerance directed toward Nigerian Christians has worsened in recent years. One report documented more than 4,650 cases of Nigerian Christians who were killed for their faith in 2021.’
Nigeria Democracy Defence Watch is therefore calling on President  Buhari to direct the security forces to do the needful by advising Sen Bola Ahmed Tinubu and the ruling party on the possible threats this action could pose to security in the country.
“It is pertinent to note the serious implications of the above with regards to security. This is especially when one rightly imagines that Christians will feel threatened with a Muslim/Muslim ticket, and may resort to pulpit preachings and mobilization of opinions across the Christendom. Civil society organizations and students would likely protest this destructive introduction into our polity in various manners which may constitute security concerns. However, it should be noted that the “original sin” is the adoption of a Muslim/Muslim ticket by the ruling APC, and not the reactions and responses that may follow it.”
The group which had the letter to the President copied to all head of democratic and security institutions in Nigeria as well as other international concerns also warned on the danger such political arrangement could cause on the continental security.
“The West African sub – regional, and indeed, African regional peace and security are basically predicated on the presumption of Nigeria’s political stability, or at least, the absence of any conflict that can overwhelm the Nigerian State. This is because there is nothing in the African Peace and Security Architecture that is designed to contain a conflict in Africa’s largest population of over 200 million people in a country that shares very porous borders with three sub – regions – West, Central and North Africa.
“In the first place, its humanitarian consequences are frightening to imagine – in the event of a civil war or armed conflict in Nigeria, there will be a complete sub – regional melt down in 72 hours, if just 5 percent of the Nigerian population crosses the borders. Its economic repercussions will be a total calamity across the entire sub regions of West and Central Africa. The security implication of weapons proliferation and explosion of the two deadly terrorist organizations currently based in Nigeria, into the rest of the entire continent of Africa, can only be better be imagined.
“We therefore implore you to use your good offices to weigh in on Sen Bola Ahmed Tinubu to thread with caution and refrain from his unyielding desire to foist on the nation a MUSLIM-MUSLIM ticket which if it succeeds will make the above tragic and destructive humanitarian quagmire a distinct possibility.”