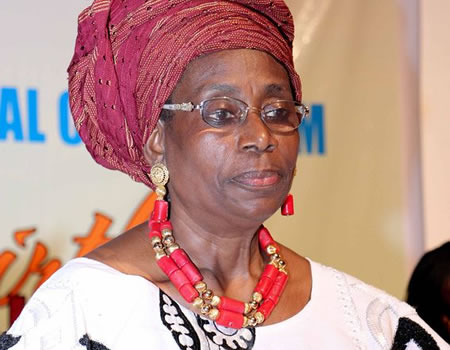 Sweet they say, is the remembrance of the righteous, so it was for mama Mopelola Taiwo Florence Adenekan of Isara – Remo , the mother of the wife of the former Nigerian president, Chief Mrs Bola Obasanjo as dignitaries from far and near, thronged isara remo , ogun state to celebrate her life and times.

Mama Mopelola Taiwo Adenekan, fondly called iya olose was described by many at the event as a peace loving, kindhearted and God fearing who used her life for the emancipation of others.

To the people, the life mama lived, reflected in her children and urged others to follow suit to make our community better .

The Ogun state governor, His Excellency, prince Dapo Abiodun who graced the colourful occasion with his wife to identified with good deeds of the late matriarch and her children most especially former president Olusegun Obasanjo who was the chief host at the occasion, charged all and sundry to always live an accountable life ,as death is inevitable.

Stressing that sweet will always be the memory of the righteous, for people who lived and died in God.

Dignitaries from all walks of life that also attended the celebration of mama s life included royal fathers ,members of ogun state executive council, former chief judge of ogun state, former deputy governor of ogun state and the wife of ogun state governor and many other eminent personalities , family and friends .

Governor Dapo Abiodun described mama Adenekan as a devout Christian who served God and humanity devotedly. He therefore enjoined all to emulate her good virtues.

While wishing all a merry Christmas and a prosperous new year, Governor Abiodun charged all to celebrate moderately and be mindful that covid-19 is still much
around .

Popular musician, Evangelist Ebenezer Obey was on the band stand to entertain the guests and well wishers .