The first report from the world’s largest home antibody testing programme tracking who has been infected by Covid-19 in England has today been published.

The study tracked the spread of infection across England following the first peak of the pandemic.

Over 100,000 volunteers tested themselves at home using a finger prick test between 20 June and 13 July to check if they have antibodies against the virus which causes COVID-19.

The findings indicate that 3.4 million people – 6% of the population – had already been infected by Covid-19 by 13 July 2020, with variations across the country. People living in London were most likely to have been infected, as were those working in care homes and health care, and people from Black, Asian and other minority ethnic groups and people living in larger households.

It is the first mass antibody surveillance study to be rolled out across the country using a finger prick test that can be used by individuals at home if given approval in the future. Mass surveillance of antibodies in the population is vital to track the extent of infection across the country and identify differences between areas and different groups of the population.

While research showed several finger prick tests were accurate enough for large-scale surveillance studies to monitor the spread of Covid-19, no antibody fingerpick test has yet met MHRA criteria for individual use, which means none are currently approved for use outside of surveillance studies. 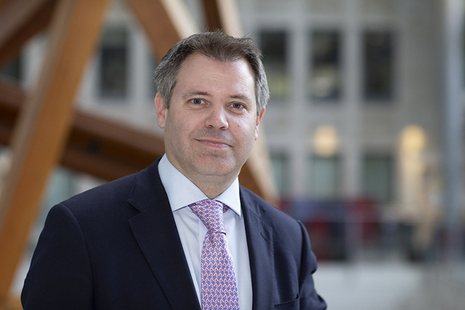 “Large scale antibody surveillance studies are crucial to helping us understand how the virus has spread across the country and whether there are specific groups who are more vulnerable, as we continue our work to drive down the spread of the disease.

“We don’t yet know that antibodies provide immunity to coronavirus, but the more information we can gather on this virus, and the easier we can make it for people to participate in these studies, the better equipped we will be to respond.

“The British public have already played a massive part in helping to keep the country safe and I’d urge them to consider signing up to one of the many vital surveillance studies taking place over the coming months as part of our national testing effort.”

Key findings of the report on the national home testing study include:

This surveillance study will be repeated in autumn and will test a further 200,000 people for antibodies.

While some antibody tests require a larger sample of blood and for the sample to be sent back to a lab, these home antibody tests can be used at home, providing results in under 15 minutes and are more practical for use in large scale antibody surveillance studies. However, no LFIA are yet approved for home use outside of a research study.

Testing positive for antibodies does not mean you are immune to COVID-19. Currently, there is no firm evidence that the presence of antibodies means someone cannot be re-infected with the virus.

If someone tests positive for antibodies, they still need to follow national guidelines including social distancing measures, getting a swab test if they have symptoms and wearing face coverings where required.

“There are still many unknowns with this new virus, including the extent to which the presence of antibodies offers protection against future infections.

“Using the finger-prick tests suitable for large scale home testing has given us clearest insight yet into the spread of the virus in the country and who has been at greatest risk.

“These data will have important implications as decisions to ease lockdown restrictions in England.”

Published today are two peer-reviewed papers from the REACT 2 team reporting the findings of studies carried out in May and June that led to the design of the study testing 100,000 people for antibodies.

The first study, published in the journal Thorax [https://dx.doi.org/10.1136/thoraxjnl-2020-215732], is the biggest and most robust study on finger prick antibody tests. It analysed 11 finger prick antibody tests to evaluate their accuracy and ease of use among NHS workers, comparing them to gold standard lab-based antibody tests. The research team found the four best performing self-tests were able to accurately identify individuals with antibodies over 80% of the time, while also correctly ruling out those who don’t in more than 98% of tested individuals. None of these tests met MHRA criteria for use outside of surveillance studies.

The second study, published today in Clinical Infectious Diseases [https://academic.oup.com/cid/advance-article/doi/10.1093/cid/ciaa1178/5891615?searchresult=1], is one of the largest studies of the usability of home testing to date. With over 14,000 participants, two finger prick tests were used by members of the public who gave feedback to improve the process for testing in the larger study of 100,000 volunteers. The study found that over 97% of people were able to successfully perform the test on their own, and up to 94% had a valid result. Importantly, participants ability to read their test results on their own was very similar to that read by a clinician.

Taken together these two studies provide one of the most comprehensive assessments of home antibody self-testing to date and underpin the major findings reported today.

“Thanks to the contribution of tens of thousands of members of the public, we have shown that the pandemic of SARS-CoV-2 infection in England has spread very unevenly.

It has fallen particularly heavily on ethnic minority groups and key workers, particularly in care homes and healthcare. Those in deprived and densely populated areas are most likely to have been exposed to the virus, and we need to do far more to protect people from any future waves of infection.”

“The thorough and rigorous work carried out by Imperial College London has allowed us to find a robust at home finger prick test for COVID-19 antibodies.

This is the springboard for developing a far greater understanding of COVID-19 antibodies and how prevalent they are in the population through our large-scale antibody study, conducted with over 100,000 members of the public.”