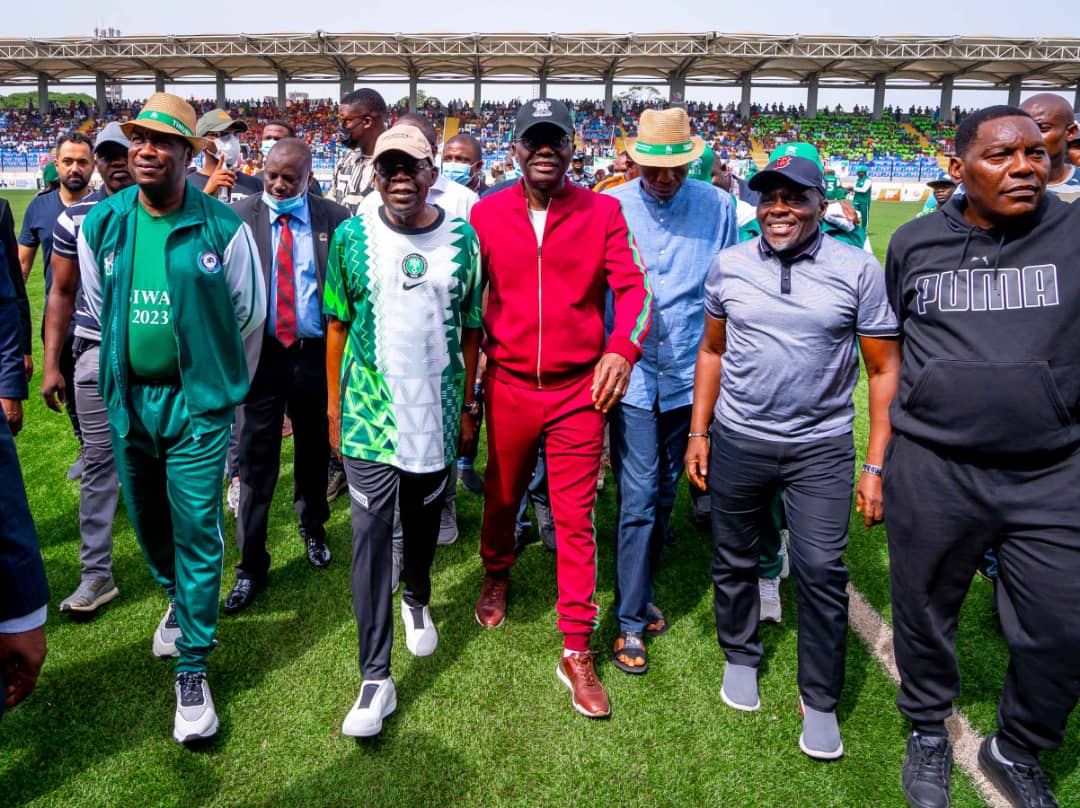 The novelty match between ex-Super Eagles players and Team Lagos, which took place at the Mobolaji Johnson Arena in Onikan, Lagos was attended by former and present members of the National Assembly, Lagos State Executive Council, Lagos State House of Assembly and local government chairmen, as well as members of the Governance Advisory Council (GAC), Lagos State APC executive members, among others.

The match, which was attended by Tinubu, who kicked off the ball, is part of the programmes organised by the Tinubu Support Group in conjunction with the Lagos State Government, to celebrate the APC National Leader’s 70th birthday, which comes up on Tuesday, March 29.

Former Super Eagles Striker, Victor Agali scored two goals for the ex-international team led by Austin Jay Jay Okocha to defeat the Team Lagos, which is made up of former players of Stationery Scores and other clubs in Lagos State.

Agali scored the first goal 10 minutes into the second half from a brilliant pass from Julius Aghahowa. Agali netted the second goal 12 minutes later through his head from a cross by Austin Okocha, who displayed brilliant dribbling skills during the match.

The Team Manager for Team Abuja was a member of the House of Representatives, representing Ikeja Federal Constituency, Hon. James Faleke, while Team Lagos was led by the Chief of Staff to Lagos State Governor, Mr. Tayo Ayinde.