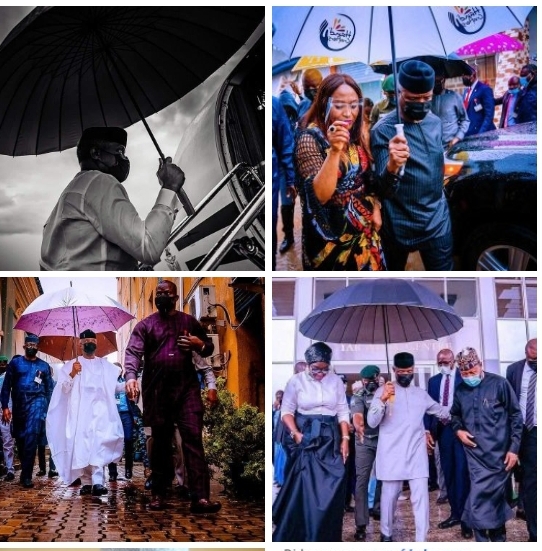 Thousands of Nigerian social media users could not hide their excitement at Nigeria’s Vice President Yemi Osinbajo, who was seen in a viral picture holding an umbrella to protect himself and others. This picture lit up the entire social media space, with several Twitter and Facebook users filled with excitement at the Vice President’s display of humility despite his retinue of aides and security details. 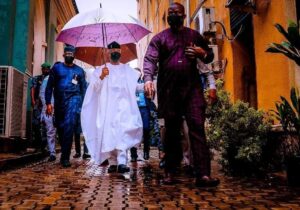 More pictures soon emerged depicting the Vice President on various occasions holding his own umbrella. This again started the discussion around humility – a rare thing among Nigerian politicians – the Vice President who is a notable Professor of Law with well-cited publications in reputable local and international journals. 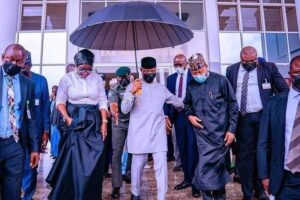 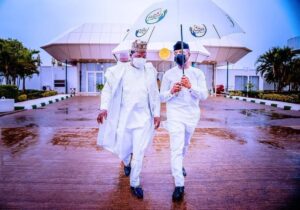 It’s easy to see VP’s actions in the right context. Many (or most) influential Nigerians aren’t comfortable holding their umbrellas or handbags in public. It makes them less influential to do so. This is not the case with Professor Osinbajo. 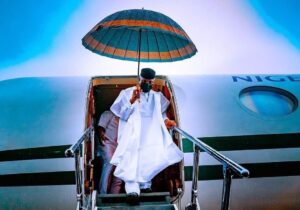 A former CBN deputy governor and 2019 presidential candidate, Kingsley Moghalu, comes to mind. Moghalu was seen (in a viral picture) in the rain with a young lady – his aide – holding an umbrella to protect him in the rain even with the lady clearly showing physical discomfort. Seeing VP’s pictures after Moghalu’s only further strengthened by the belief that leadership is, and should, not be difficult. 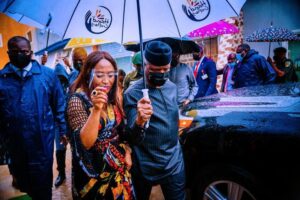 VP Osinbajo has clearly demonstrated his empathy for the poor through his initiatives, actions, and public displays. One can talk about business-friendly policies like TraderMoni, NPower, MSME Survival Fund and the likes which have touched the lives of millions of poor people, farmers, SMEs etc positively. 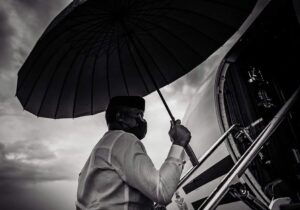 The picture of Osinbajo holding his own umbrella is just a metaphor for his commitments to selfless leadership, his humility, attention to detail, and more importantly, respect for others. Those of us who know him well can tell you he does these things with effortless ease.