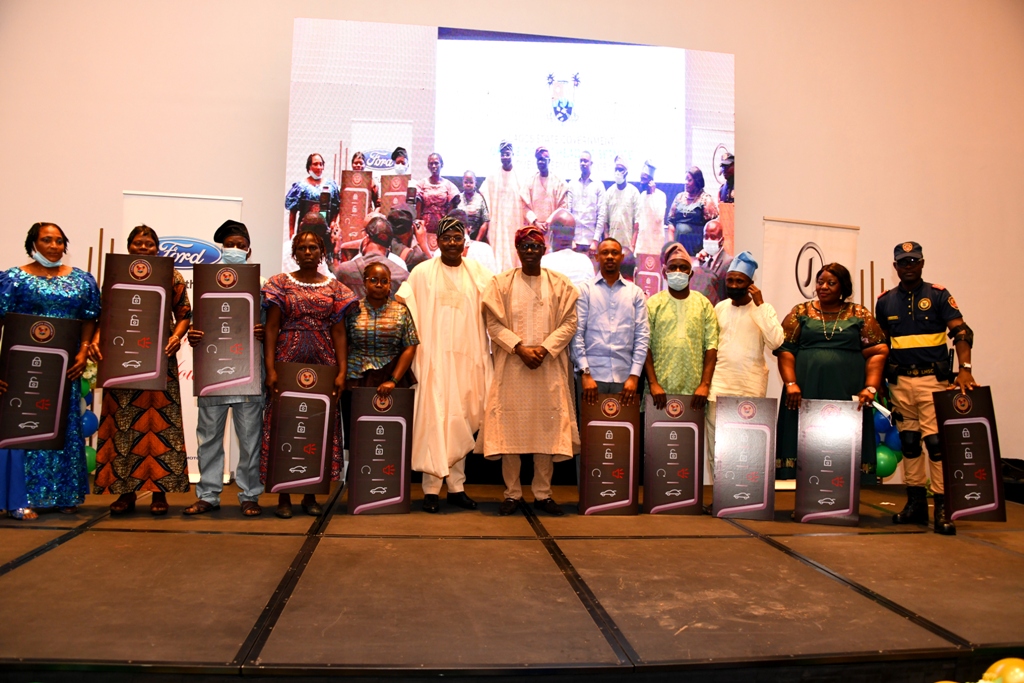 The Lagos State Governor, Mr. Babajide Sanwo-Olu, on Tuesday presented 10 cars to recognise public servants who have distinguished themselves in the junior and senior categories across the State Civil Service.

The Governor also announced a N5million cash gift for a Level 16 officer in Lagos State Civil Service for winning an impromptu quiz competition personally coordinated by the State’s Chief Executive.

He also encouraged civil servants to continue striving for excellence and live as an example in whatever they do.

The Governor also urged them not to give up in being the best to justify the confidence reposed in them as well as letting people have something good and original to say about them.

Governor Sanwo-Olu while presenting keys and documents to the 10 recipients of the cars, which were drawn through a raffle draw commended the Head of Service, Hakeem Muri-Okunola for his efforts, saying Lagos State Government is committed to the welfare and service it promised to deliver to the state.

The recipients of the cars who emerged through a raffle draw at the grand finale of activities lined up to commemorate the Year 2021 Public Service Day, comprised four junior and six senior officers.

Speaking earlier, the Head of Service, Mr. Hakeem Muri-Okunola, urged the awardees not to rest on their oars but continue to exhibit the high sense of responsibility, diligence, commitment to duty and unalloyed loyalty which are the qualities and values for which they have been recognised.

The Head of Service said this year’s Public Service Week featured various activities, which included mass work for fitness, variety show, among others, adding that the objective of the best officer awards was in a bid to recognize and reward excellence.