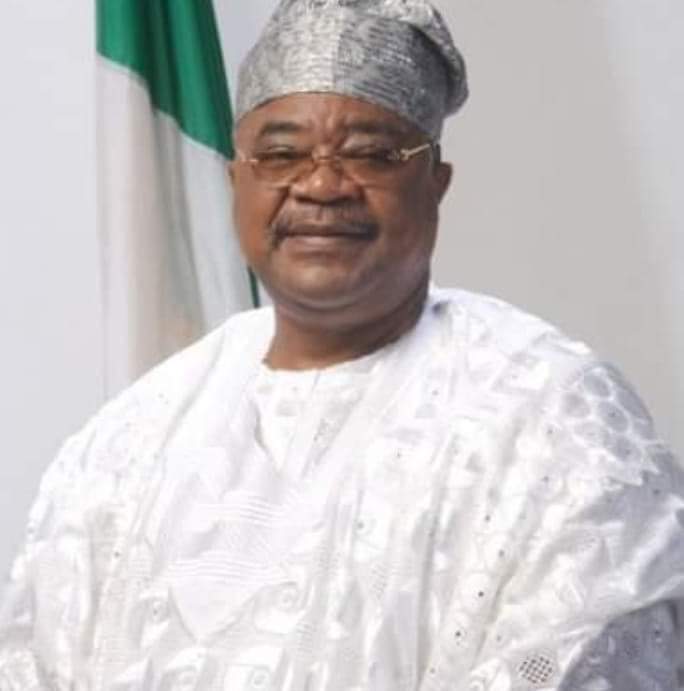 Lagos State Governor, Mr. Babajide Sanwo-Olu, has described the death of the former Governor of Oyo State, Otunba Adebayo Alao-Akala, as a great loss to his family, the people of Oyo State, particularly sons and daughters of Ogbomoso and Nigeria as a whole.

Governor Sanwo-Olu also commiserated with Oyo State Governor, Engr. Seyi Makinde, as well as leaders and members of the All Progressives Congress (APC) both at the state and national level over the demise of the party’s apex leader in Oyo State.

Sanwo-Olu, in a statement issued by his Chief Press Secretary, Mr. Gboyega Akosile on Wednesday, said Alao-Akala’s shocking demise has opened a deep sore in the hearts of the people of Oyo State and Nigerians, who looked up to him as a rallying point and a political stabilizer.

The Governor also sympathised with the deceased’s family and urged them to take heart, noting that the former governor’s service to the people of Ogbomoso, Oyo State and Nigeria as a whole will remain his enduring legacy.

He said: “On behalf of the government and people of Lagos, I commiserate with my brother, the Oyo State Governor, Engr. Seyi Makinde, sons and daughters of Ogbomoso, people of Oyo State, the deceased family, friends and political associates on the death of Otunba Christopher Adebayo Alao-Akala.

“The passage of Otunba Alao-Akala hurts me because of the critical role he is playing in Oyo APC before his demise. My heart was filled with grief when I was informed about his death.

“Otunba Alao-Akala was more than a politician. He was a man of many parts, whose managerial skills and experience are required at this critical period in our national life, especially in our party, APC ahead of the 2023 general elections.

“He served Oyo State passionately first as a Deputy Governor and later as Governor. He did his best in contributing his quota to the growth and development of Ogbomoso as council chairman as well as Oyo State as a Governor. He also made his mark in the Nigerian Police where he retired as Assistant Commissioner of Police in 1995 before venturing into politics.”

While commiserating with the deceased’s family, Sanwo-Olu urged them to take heart, saying ‘‘the death of loved ones is usually one of the most painful episodes in peoples’ lives but we must realise that death is inevitable. We all will die someday. Therefore, we must muster enough strength to carry on.

“I pray that Almighty God be pleased with the soul of Otunba Adebayo Alao-Akala and grant the family and the people of Ogbomoso and Oyo State the fortitude to bear the irreparable loss.”

THE OTHER VIEW ON NIGERIA IN DIASPORA TRUST FUND
Previous Post
SHONEKAN DID HIS BEST FOR NIGERIA, SAYS SANWO-OLU