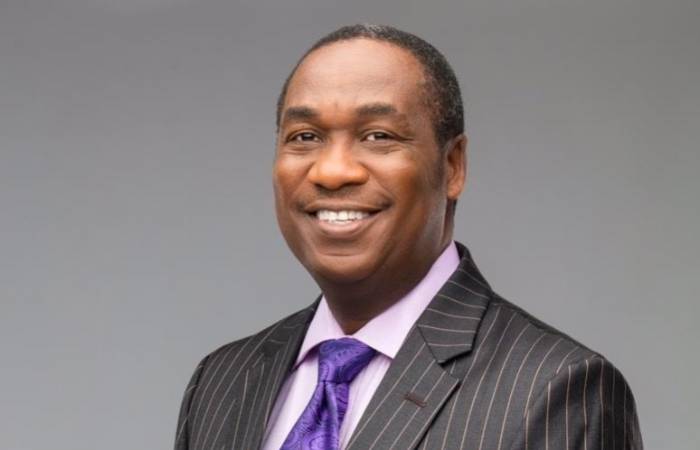 Lagos State Governor, Mr. Babajide Sanwo-Olu has congratulated his deputy, Dr. Obafemi Hamzat on his 57th birthday, describing him as a reliable, trustworthy and committed friend, brother and partner in the Greater Lagos agenda.

Governor Sanwo-Olu, in a statement, issued by his Chief Press Secretary (CPS), Mr. Gboyega Akosile, on Saturday, described Dr. Hamzat as a seasoned technocrat, administrator, politician and committed democrat, who has served passionately as commissioner in different ministries and now the number two citizen of the Centre of Excellence, with a resolve to bring about positive change to Lagos State.

The Governor also commended Dr. Hamzat’s contribution to the growth and development of the State in the last 18 years, especially in the last 28 months of the current administration.

He said: “On behalf of my darling wife, Ibijoke and the good people of Lagos State, I heartily congratulate my reliable, hardworking, dependable, supportive and committed brother, friend and partner in the Greater Lagos agenda, Dr. Obafemi Hamzat on his 57th birthday.

“Dr. Hamzat remains one of the most committed public servants and politicians in Lagos State in the last 18 years and he has contributed immensely to governance and political development in our dear State.

“He made great achievements as Commissioner for Science and Technology between 2005 and 2011 as well as Commissioner of Works and Infrastructure, and turned around the ministries during his tenure.

“We cherish Dr. Hamzat’s contributions to party politics and governance in Lagos State.

“He is a worthy ambassador and champion of technocracy and politics. And as a true democrat and progressive politician, he has remained steadfast in the progressive camp.

“As Dr. Obafemi Hamzat celebrates his 57th birthday, I pray that God will increase him in good health to enable him render more service to humanity, our dear Lagos State and Nigeria at large.