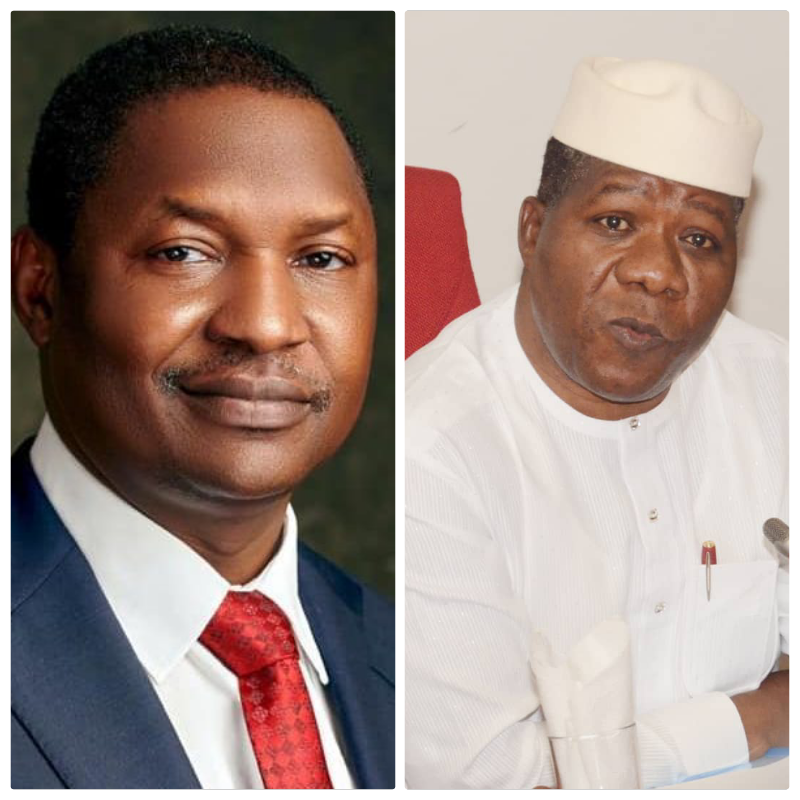 The Federal Government declared Tuesday that over 12,000 inmates were released from various correctional centres across the country within the last six years in line with the policy of prison decongestion .

Attorney General of the Federation and Minister of Justice , Abubakar Malami stated this to members of the Senate Committee on Judiciary , Human Rights and Legal Matters during 2023 budget defence session with the committee .

Malami who made the declaration in response to question from Senator Ajibola Basiru ( APC Osun Central ) , said federal government was able to decongest the over congested prisons across the country through policy actions aside the Administration of Criminal Justice Act , meant for expeditious dispensation of Justice .

” When this government came on board in 2015, the problem of prison congestions was at the front burner of national discourse , which made President Muhammadu Buhari to set machineries in motion in different ways for required solution.

” One of such machineries set in motion was a Presidential Committee set up for Prison Decongestion which liaised with other stakeholders in the Justice sector for way out .

” Aside the committee, Mr President himself also wrote letters to the 36 States Governors and Chief Judges of the States for required visitations to prisons and exercise of prerogative of mercies from time to time .

‘In one of such visitations made by the Governor of Kano State , Abdullahi Ganduje , about 500 inmates were granted pardon in one day , totality of which had led to release of over 12, 000 inmates across the country within the last six years .

” Special attention was given to awaiting trial persons who constitute the bulk of the inmates across the various correctional centres in the country by taking Magistrates and Judges to the Centres for on the spot dispensation of Justice .

” The guideline on non – custodian sentences issued in 2020 , gas also helped in tremendous reduction of inmates across the various correctional centres .

” The problem as far as this government is concerned , is more or less , a thing of the past now , as in line with policy guidelines in place , no correctional centre today without required space , will receive an inmate “, he said .

Earlier in his remarks , the Chairman of the Committee, Senator Opeyemi Bamidele ( APC Ekiti Central), said the 2023 budget estimates for the Federal Ministry of Justice and its agencies as contained in the Appropriation Bill submitted by President Muhammadu Buhari , is N71.291billion .

The total sum according to him, is inclusive of allocations to the National Drug Law Enforcement Agency ( NDLEA) and statutory transfer to the National Human Rights Commission.

He specifically commended the President for increasing the budgetary provisions of the Council of Legal Education from N2.7billion it was in the 2022 fiscal year to N10.12billion proposed for 2023 fiscal year .

The increase , he explained , will make the council to put the various Law Schools in proper shape .