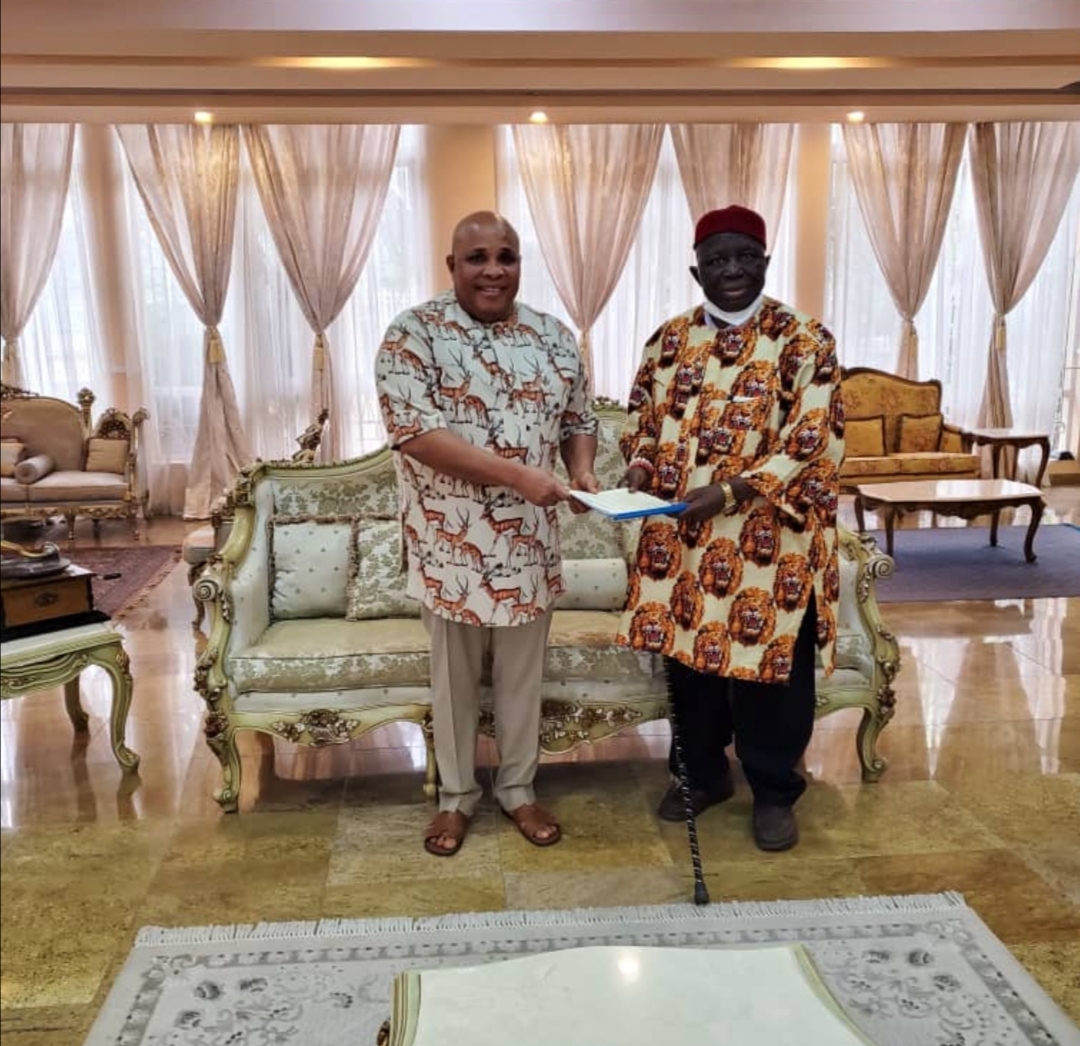 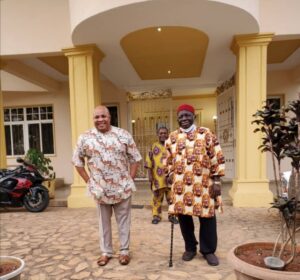 Among the discussions the President-General of Ohanaeze Ndigbo, Professor George Obiozor, has been sharing includes ending the marginalisation against Ndigbo, who, according to him, have been neglected for decades on national issues.

Recently on a visit to a former Minister was quoted as saying, “Igbo are not evil. We are not destroyers; we are builders in this country. Therefore, any form of evil and marginalisation against the Igbo must stop.”

While preaching a peaceful coexistence added, “We are not going to instigate another civil war or crisis. We are going to use diplomacy to ensure that the Igbo take their pride of place in our collective patrimony called Nigeria,”

It is on such efforts and discussions that the Professor and President- General visited Martin Agbaso.

Prof. George Achulike Obiozor is the newly elected President-General of Ohaneze Ndigbo and has been making deliberate effort of uniting all stakeholders in the best ways possible of moving the region, people and nation forward.

George Obiozor, is a Professor of Political Science, a native of Awo-Omamma in Imo state. was former Nigeria Ambassador to Cyprus, Israel and USA.

Chief Martin Agbaso is a Nigerian economist, seasoned politician and was a candidate for Governor of Imo State. He was also the former Imo State Senator for Owerri, a special assistant on Ecology to the President of the Federal Republic of Nigeria.